Family in shock with the death of Ranoli youth 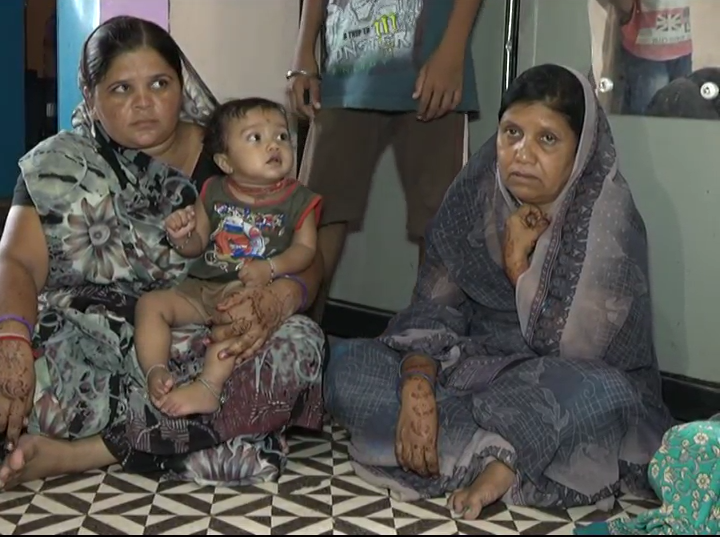 The residents of Limdi Falia in Ranoli are in shock after the sudden death of Sagar Solanki in his marriage procession.

The bridegroom suddenly fell down from the shoulders from his friend during the DJ procession in Borsad. The friends accompany him in the procession shocked when he fell down and later they realised that he died. The family and friends here in Ranoli shocked to hear the news of the death and the whole environment turned gloomy.

Sagar Solanki was very happy with his marriage so as his friends and family. The Limdi Falia where he lived was waiting for the arrival of the new bride and preparations are on for welcoming the new couple. However the news of bridegroom death during the marriage procession turned the whole environment in sorrow. The family cant believed that they lost their dear son in such a young age.

"The whole family is in deep sorrow as they lost the earning son. He was dear to everyone and also good in nature. He was very excited with his marriage for the last two years and the whole Falia in indulged in happiness. We are there with him when the marriage procession was moving towards the house of the bride. His health was not well as two days ago he complained of stomach pain and even had medicine. Sagar has a wish to sit on the shoulder of his friend and dance in his own marriage procession and he was enjoying the DJ procession. But within a short time he fell down from the shoulder of his friend and died. Its very shocking for all of us,” said Rakesh Solanki uncle of Sagar Solanki.

His friends who are there with him since childhood are in shock as they lost their group member who enjoys a lot inside the falia. They also denied of the reports of being drunk at the time of procession. “We are studying together and also doing job at the same place. He was very happy with his marriage and told our entire circle to be with him in every ritual of his marriage. We all are excited about his marriage but the whole thing changed in a second as he fell down from the shoulders of his friend and died. Secondly there are talks about he was drunk at the time is all rubbish,” said Brijesh Solanki friend of Sagar Solanki.

Father of Sagar Rakeshbhai supports his family by doing odd jobs and to bear the expense of his son marriage he mortgage his ancestral house. The whole family is in shock after the sudden death of their son as he didn’t even reached the marriage venue and died before. Grandfather of Sagar Solanki died sometime ago and he was dear to him. Sagar became sad after the death of his grandfather and when he went to distribute his marriage cards to his friends he said to them that they all have to come or else he will complain it to his grandfather. His friends remember the thing after his death and said that Sagar might have imagined his fate and said the words to them.