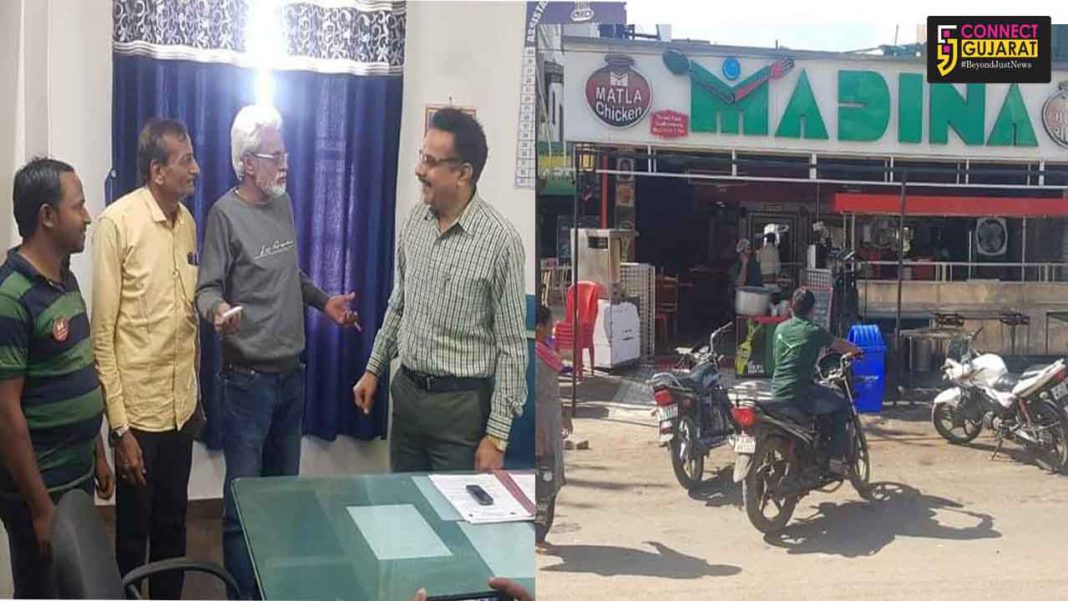 Mistakenly dropped 35000 at the restaurant

A family from Delhi on a visit to Vadodara experienced the honesty of a restaurant owner. The family mistakenly dropped their 35000 at the restaurant near the railway station and the owner returned it after confirming.

As per details Mohammad Iqbal visited Vadodara with his family to celebrate Uttarayan here. On 13th he visited the restaurant hotel Madina at station area and mistakenly dropped the money while taking out the handkerchief from the pocket.

The family left for Delhi and after reaching there Mohammad Iqbal was shocked to know about the money missing from his pocket. He inquired it with the hotel and based on the cctv the owner Kasambhai found the money to be of Iqbal.