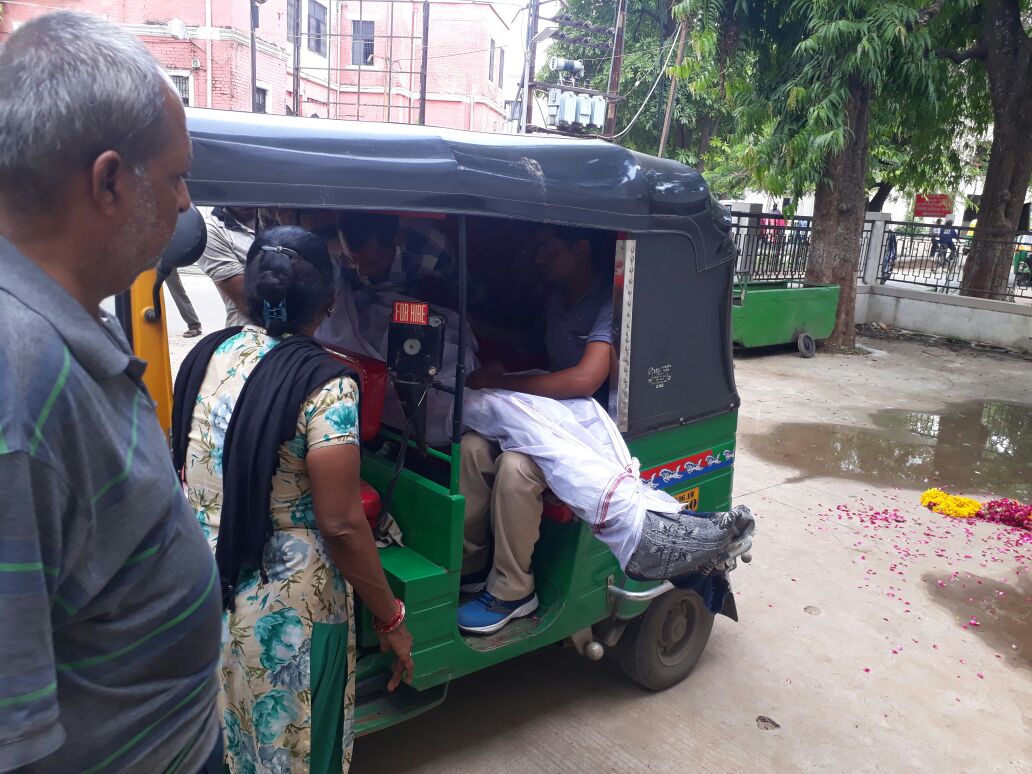 A heart tearing incident came to light in the largest hospital in Central Gujarat where a dead body was taken in a auto rickshaw by the family members. The family was forced to take the rickshaw as the private ambulances operating inside the hospital went on strike and forcing everyone to use different modes of transport. The most heartfelt incident was when we saw the grief stricken family took the dead body inside the auto rickshaw.

However the most sufferers are the patients and their family members who stick to various transport modes for going from one hospital to another. However a scene of family members taking a dead body inside the auto rickshaw shook the onlookers and the people present there.

During the whole day the patients and their family members suffered a lot due to the private ambulance strike. On the other side the ambulance operators are not ready to give up till their demands were met.