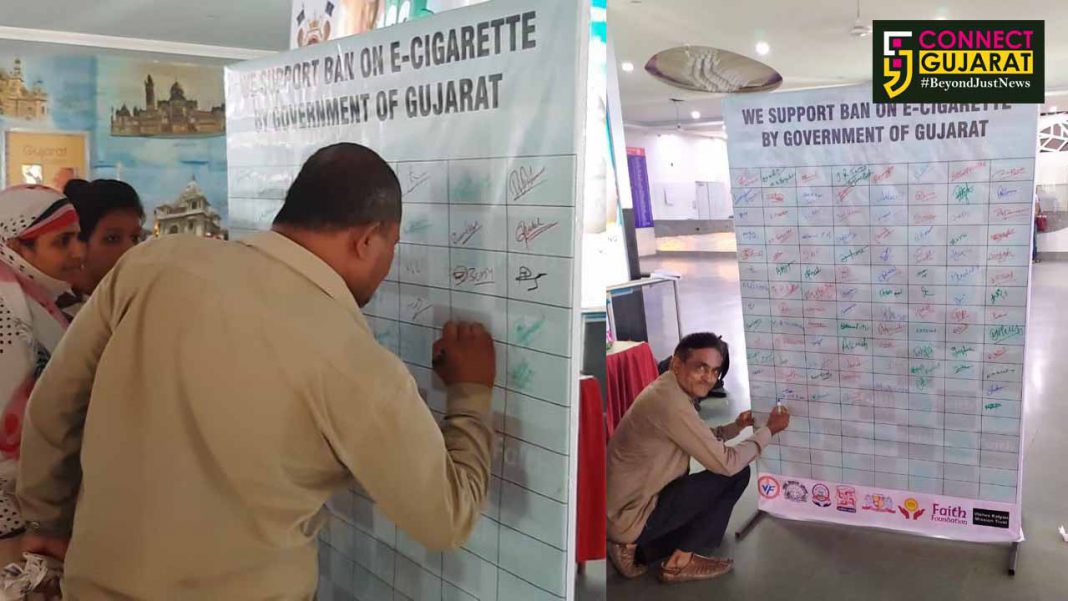 It’s a big win for the agencies fighting against tobacco as government has put a ban on e cigarettes in India. Finance Minister Nirmala Sitharaman announced that the cabinet has agreed to ban the production, sale import and distribution of electronic cigarettes, as it poses health risks.

The Prohibition of E-cigarettes Ordinance, 2019, was recently examined by a Group of Ministers following directions from the Prime Minister’s Office. In the draft ordinance, the Health Ministry has proposed a maximum imprisonment of up to one year along with a penalty of Rs 1 lakh against first time violators. The ministry has recommended a maximum of up to three years of jail and a penalty of Rs 5 lakh for repeat offenders. The Gujarat Assembly on Wednesday, 2nd July 2019 unanimously had passed a bill to ban manufacture, sale, import and advertisement of electronic cigarettes in the state.

“Faith Foundation congratulates the  ban on e-cigarettes by the union cabinet in India as e-cigarettes are picking up to be latest trend in addiction amongst schools students as early as of 7th standard. Also there have been noted six deaths due to vaping in the world so far,” says Faith Foundation Project Director Susan Samson.

The organization had acquired more than 3000 signatures of students from various schools and colleges of Vadodara in support of the same through its movement of World Changers, Students Movement Against Tobacco, Alcohol & Drugs and written to the Prime Minister of India. This is a historic feat to ensure the health of our future generation in collaboration with various NGOs.