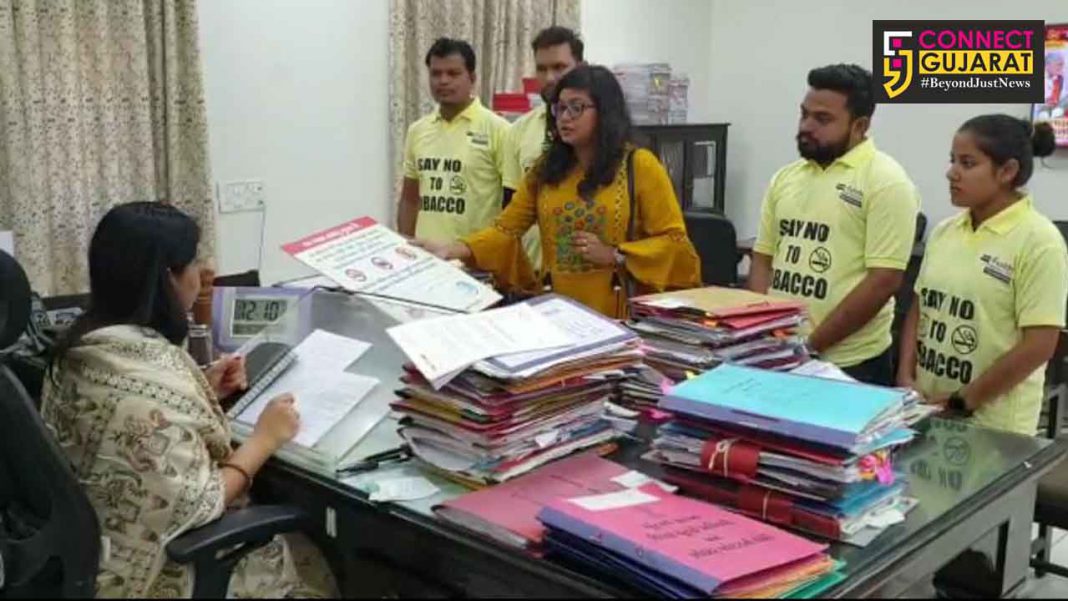 Faith Foundation in Vadodara met the Chief Election officer and district magistrate with the appeal to declare all the polling booths during the Loksabha Elections 2019 “Tobacco Free Polling Booths”. They request to implement the boards at the booths to provide a healthy environment to the voters during polling. 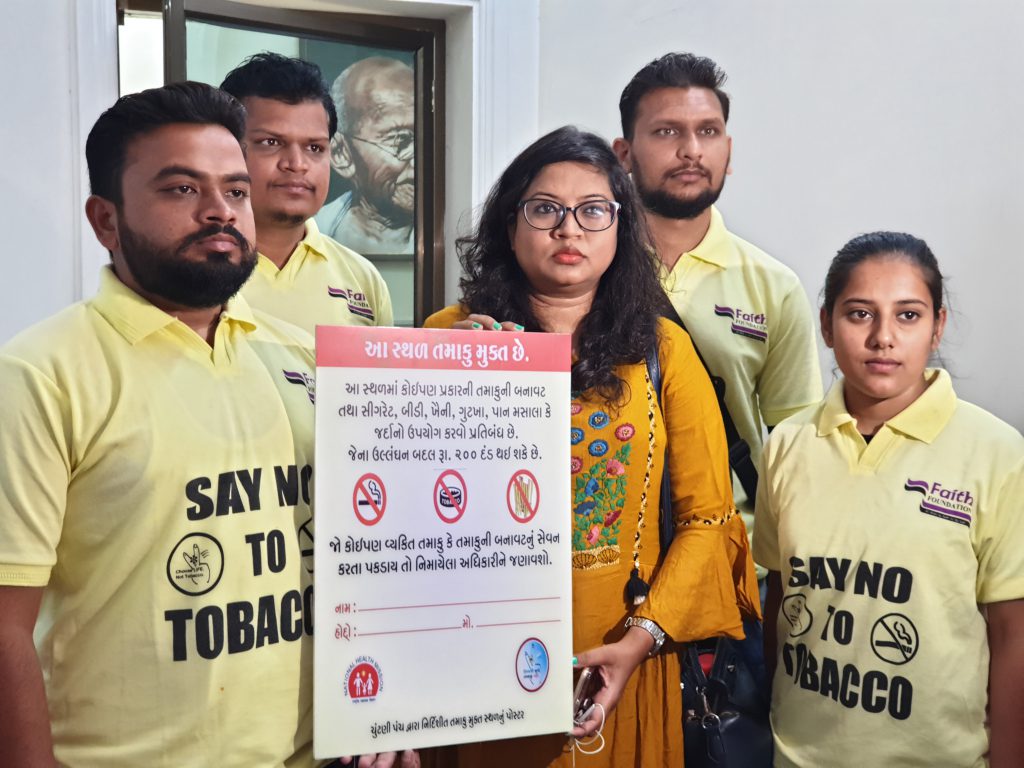 Faith foundation is working in the area of deadiction in the city for many years and making efforts to give people a tobbaco free society. In view of Gujarat elections this time the foundation urge the election commission to declare all the polling booths as Tobacco Free. They gives a memorandum in this regard to the collector and chief election officer Shalini Agarwal and request to implement it on the polling day.

“Several States and districts namely Bihar, Jharkhand, Delhi, Karnataka, Tamilnadu Lucknow have taken actions on these guidelines. This is one initiative to ensure that all the citizens who enter the polling booths become aware of the COTPA 2003 Law and no smoking and spitting tobacco around the polling booths is ensured. We also present a draft of the statutory warning which can be put up at the entrance of the booth,” said Suzaane Christian Founder of Faith foundation.

The organisation has also written to the Chief Electoral Officer, Gujarat with the request to ensure all the districts have Tobacco Free polling booths.