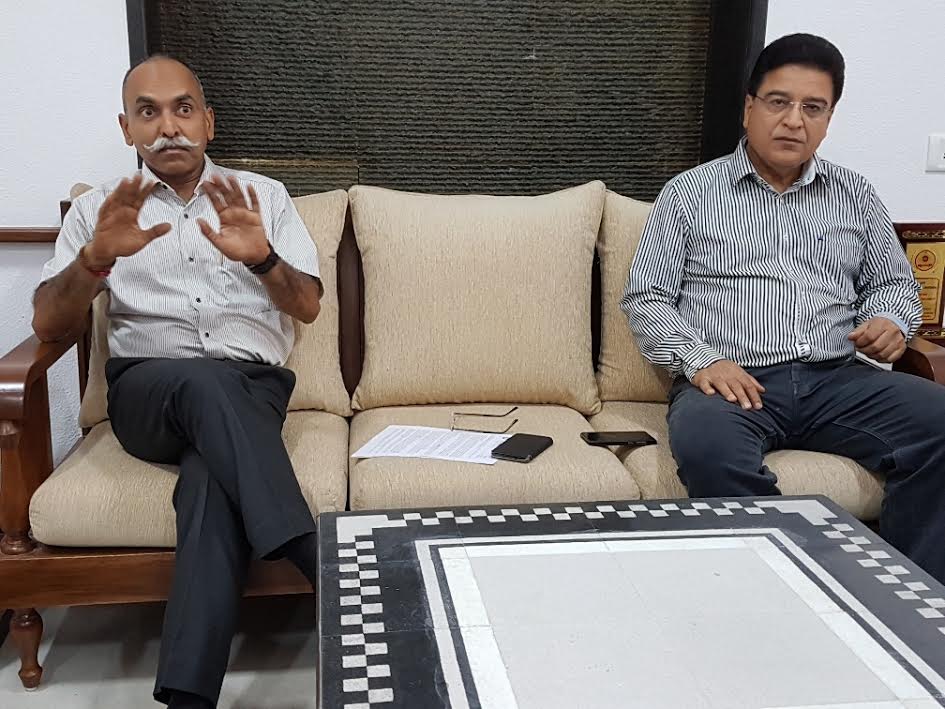 The Passengers Amenities Committee (PAC) members said in their observation on Monday that Vadodara station failed in their expectations. However the railway officials in Vadodara denied the things and said the facts are telling the other story. They said that the parameters on which they ranked the station is not up to the facts and they are doing everything to make the station clean and green for their passengers. They also said that many projects are coming up later in this year which shows their dedication towards the cleanliness and other amenities to the passengers.

On Monday two members committee of PAC visited Vadodara railway station and checked it on parameters of sanitation, amenities and maintenance. After a long three hours inspection they failed Vadodara in their expectations and said the station performed poorly specially in cleanliness. They also raised questions about the unauthorised vendors running their business inside the station. The report published in the news papers and portals put a bad impact on the ongoing process by the Vadodara division and they cleared the facts about the report given by the PAC members. The Divisional Railway Manager (DRM) said that the facts has to be cross checked before publishing and the facts are telling the other story.

“The members came here are not from the department but they are the public figures nominated in the committee. We are not raising questions on what they said but the facts are something different. As far as the cleanliness is concerned there are strict guidelines issued to all. There are total 15 NGO’s and the students of Institute of leadership and NCC are working with us to maintain the cleanliness. In January we run 75 days campaign in cleanliness and also regular programmes are running at the station. We just want that the facts are to be presented truly,” said A.K. Singh DRM Vadodara division.

Secondly the DRM raised the issue of unauthorised vendors and said that regular checks are there and they also caught and prosecute the unauthorised ones. “Vadodara station is not sealed from everywhere and that is the reason we cant stop the unauthorised vendors entering inside. However regular checks are there and we caught 817 such vendors and prosecute them which is 15% more than the last year. We also caught around 20 unauthorised workers working in catering and vending stall on the platforms. We also addressed the complaints of quality of the food and took immediate action and imposed fine of 51,000 on them,” said Singh. Singh further said that there was also a complaint about the rude behaviour of the staff and they are taking disciplinary actions as well as sending them to attend soft skill training classes. “There are cases of rude behaviour and in two cases we take disciplinary action against them. We are also sending our staff to Zonal training center at Udaipur for soft skill training. Last year we designed the in house module where 80 of the staff members received training. For RPF we are sending them to Valsad center,” said Singh.

After the clarifications the DRM said about the future technology of maintaining the standards of cleanliness, security and other things at the Vadodara railway station. “We are working on the integrated security surveillance system where we will increase the number of CCTV cameras to 82 from the present 42 installed. In this system there is a control center where video walls are installed to keep an eye and monitoring the things. We are expecting the system will be at place in a year time as the Railtel corporation will be looking after it. The system will help us to track the all three security, vendors and cleanliness,” said Singh.

Singh said that they are putting pressure on the sanitation and cleanliness and for that they are ready to bring the technology here. “We are serious about the sanitation and cleanliness on station and for that a new concept of Namma toilets on platforms is in place which are user friendly and easy to maintain. We are also planning for E Toilets replacing the pay and use option. We are exploring the option as its very easy to use and maintain. The station beautification like gardens, wall paintings involving local artists, modular type water fountains replacing the old ones at platforms and many others are in place,” said Singh