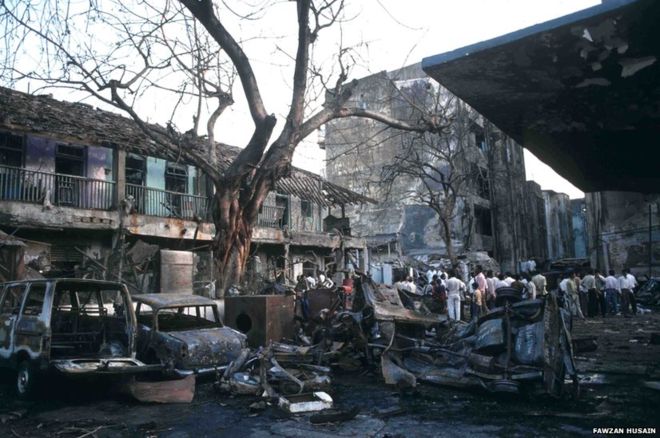 On March 12, 1993, the illfated day when the city of Mumbai was rocked by 13 explosions in different parts of the city. It resulted in 257 fatalities and over 700 were injured. According to some news reports, the death toll was over 300 and the number of injured stood at 1,400.

The attacks were planned by Dawood Ibrahim, underworld don and India’s ‘most wanted’ fugitive who also has his name prominently figuring on the ‘most wanted’ lists of the US and the Interpol. Dawood was assisted by his most trusted Tiger Memon who is believed to be hiding somewhere in Pakistan along with Ibrahim.

The bombings were said to be financed by expatriate Indian smugglers based outside the UAE. The Indian authorities also pointed at the active involvement of the Pakistani intelligence agency, Inter-Services Intelligence (ISI), in the blasts. Several terrorists received their arms, ammunition and explosives training in Pakistan as per reports.

The links and mysteries about the whole plan is getting solved year after year since it happens 24 years ago. On Saturday one more mystery was solved by the police department.

A man named Qadeer Ahmad  accused for the 1993 Mumbai bomb blasts was arrested on 8th July, Saturday from Bijnore in Uttar Pradesh by a state Special Task Force (STF) team and Gujarat Police.

As per the sources the police acting on a tip-off and Qadeer Ahmad was arrested by a team led by officers N.L. Dehai and N.K. Brahmabhatt.

The 55-year-old was accused for supplied explosives for the 1993 Mumbai blasts.

He has been charged under Terrorist and Disruptive Activities Act (TADA) and was on the run. He had briefly stayed in Mumbai but was later holed up in a Gujarat village before he took shelter in Bijnore.

Jamnagar court in Gujarat had issued a warrant against him. Police officials say Ahmad had close but “silent” ties with underworld dons Tiger Memon and Dawood Ibrahim.

Senior police officer Atul Sharma said Ahmad will be taken on transit remand and produced in the Gujarat court.