Exchange of traditions and culture between the students of two countries 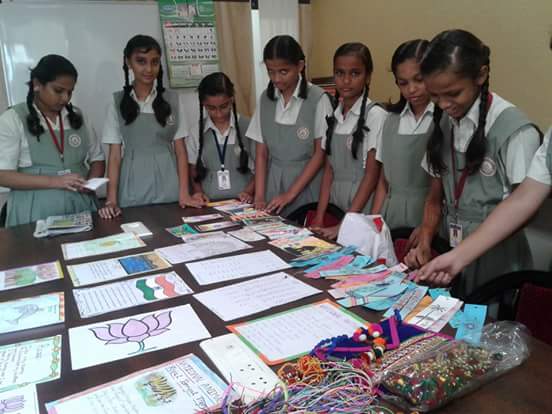 Various projects between this two schools were exchanged on festivals, monuments , dams , traditions and many others. The British Columbia Canadian International School has shared the projects on Ganesh Festival, Navratri, Diwali etc. Also the projects on Eid and Egyptian New Year were shared by them.

The annual function of Primary Section of Gattu Vidyalaya was integrated with the dances of various countries like Egypt, Sri Lanka, France and UK. Also the national anthem of these all countries were sang by the students of the school.

“The students of Egypt are learning Indian National anthem. They also wished us for Diwali in Indian traditional way”, said the trustee of school. Through this culture box both the schools exchanged different traditional items, information on national emblems and items of big cultural values.

The teachers from British Columbia Canadian International School are coming to Gattu Vidyalaya in the first week of December. They will share their methods of teaching, ideas of development of school. In the upcoming days both schools have planned to exchange more ideas and this is the best way of true cultural learning. This can lead to nurture values among the students to accept and respect each others beliefs, ideas and values.