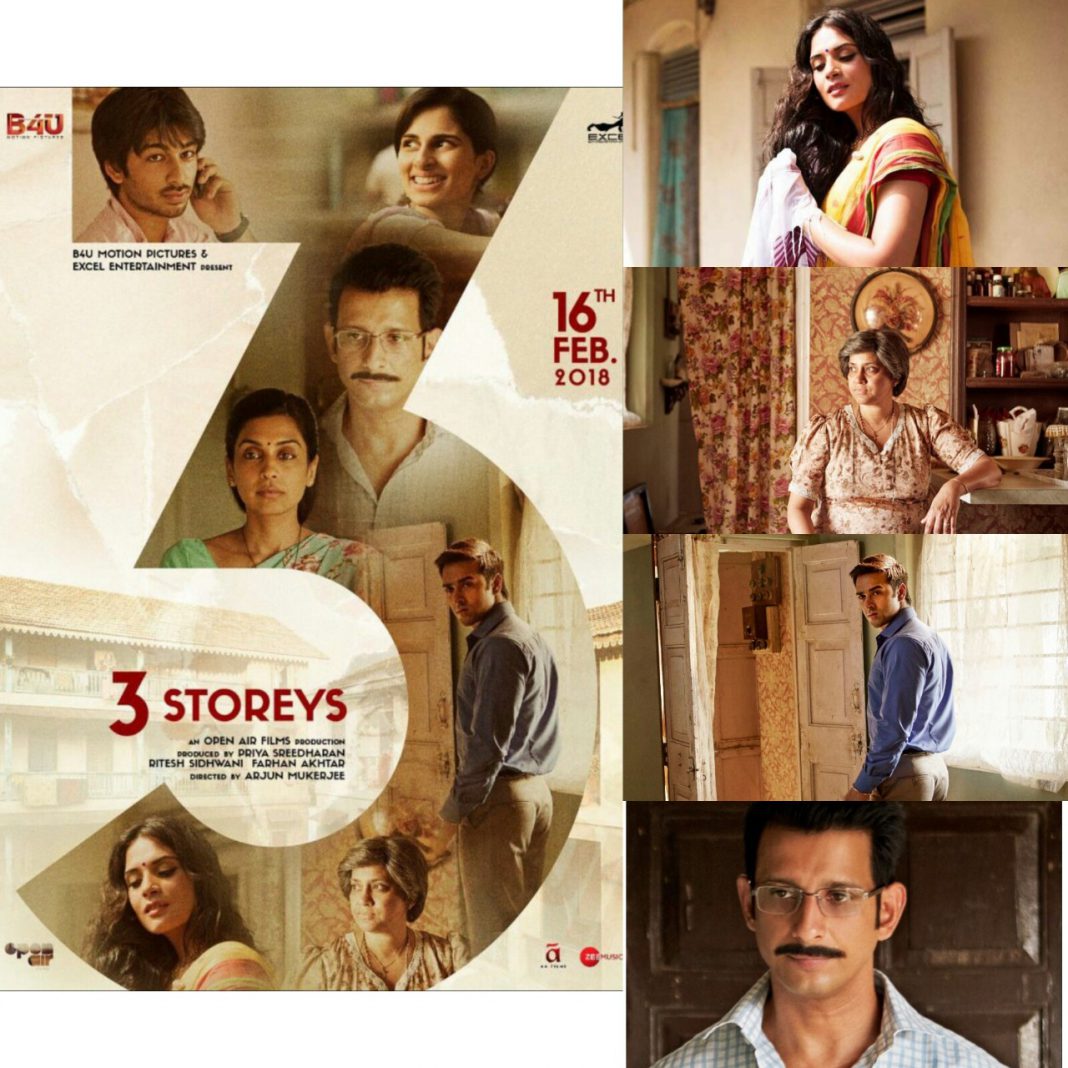 After the phenomenal run of ‘Fukrey Returns’ at the box office, Excel Entertainment will kickstart 2018 with their first release ‘3 Storeys’ this year.

2017 proved to be a good year for Excel Entertainment as it scored a hattrick with Raees, Inside Edge and Fukrey Returns. The Ritesh Sidhwani and Farhan Akhtar led production house will now welcome the year with ‘3 Storeys’.

Starring the likes of Renuka Shahane, Sharman Joshi, Pulkit Samrat, Richa Chadha, Masumeh Makhija amongst others the teaser of the thriller piques the interest in every manner to witness the mysteries of the characters’ lives unfold.

Showcasing the interconnected lives of the leading characters, the teaser promises an interesting watch. The teaser unveiled the never seen before looks of the actors. Pulkit Samrat was suited up while Richa Chadha donned a traditional avatar.

The film also proves to be the debuting platform for young talents Aisha Ahmed and Ankit Rathi.

However, Renuka Shahane stole the show with her surprising look. The actress is seen sporting short grey hair and is dressed in a Catholic attire with fluffy makeup.

‘3 Storeys’ is directed by debutante director Arjun Mukherjee, who has had a history of AD filmmaking.

Produced by Priya Sreedharan, Ritesh Sidhwani, and Farhan Akhtar, the story promises to make you wonder about people’s ‘real’ faces. The film, helmed by Arjun Mukherjee, is set in a middle-class chawl and closely looks at a few intricately intertwined lives.