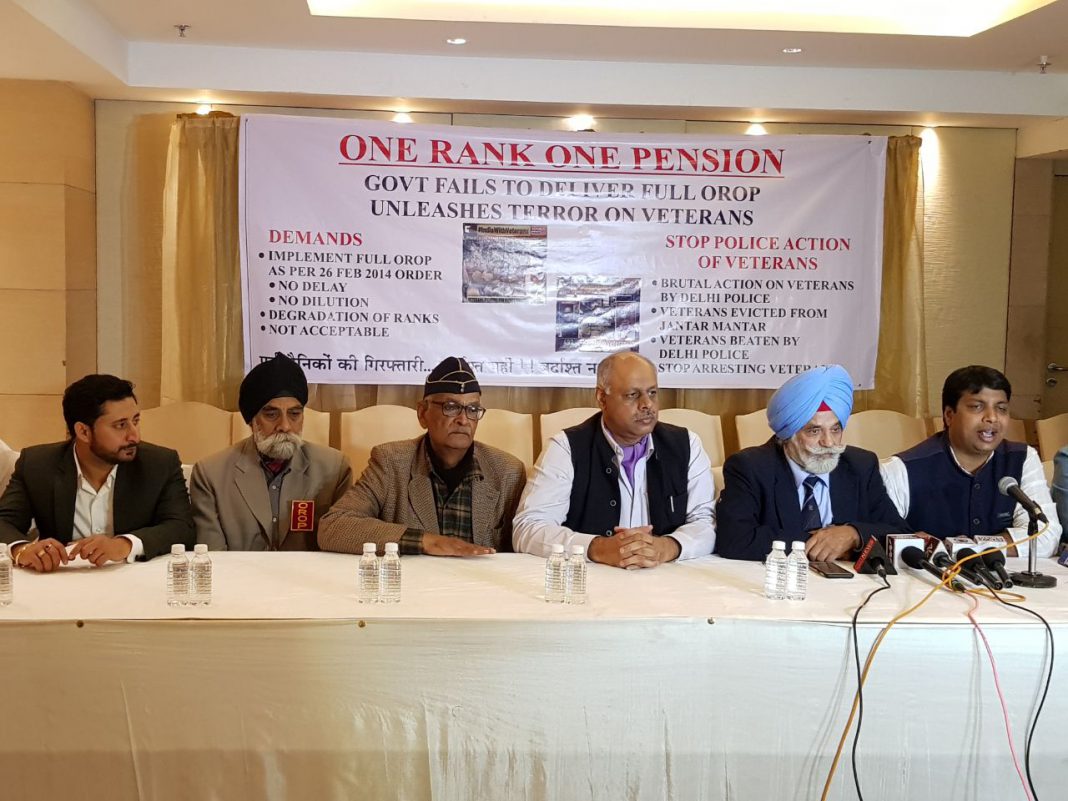 Ex servicemen demanding One Rank One Pension (OROP) attacked the PM Narendra Modi BJP government for cheating the soldiers who fought for the country and sacrifice their lives. The put allegations on PM for fooled them by promise to give them OROP after their government comes to power.

The team of ex servicemen head by Major General Satbir Singh  (Sena  Medal) chairman of Indian Ex servicemen movement visit Vadodara along with his team and attacked the Modi government for cheating. They said the government behaved in inhuman way with them when they are sitting at Jantar Mantar silently protesting for their rights. The pain in their eyes are clearly seen and they specially the ladies attacked PM Modi for his stand against the soldiers  sacrifice their lives for the country. 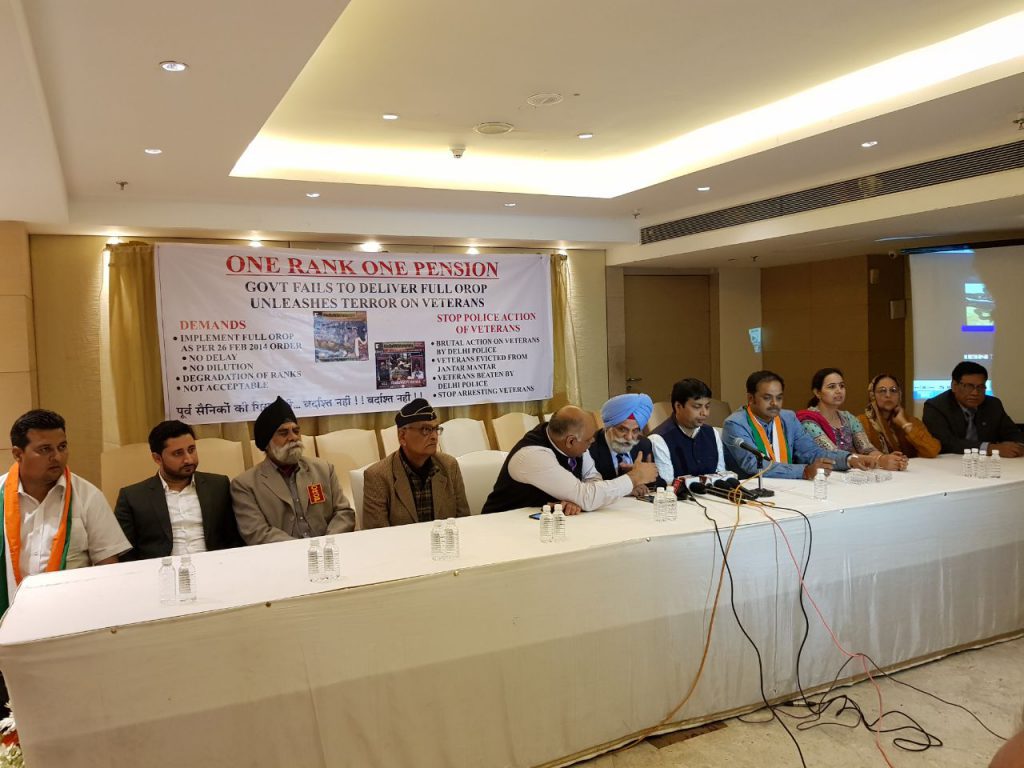 “We protest for OROP for 870 days at Jantar Mantar and over 32,000 Ex servicemen return their medals. But the PM Narendra Modi led BJP government is not taking it seriously and on 15 August 2015 on Independence day attacked and insulted us. On 31st October 2017 the Modi government insulted the soldiers, their widows arrested them and forcefully evacuated them from the spot. The police attacked us when there are no banners and placards was there in our hands. It’s a shame as the government is treating us who fight and sacrifice their lives for the country,” said Satbir Singh.

They said the protest is going on in 150 places all across the country and they are visiting other places to take their support. Satbir Singh said it’s a coincidence that they visit Gujarat and it’s totally Non political. The only thing is they tries to give the clear picture of the PM Modi led BJP government for doing injustice with the soldiers.