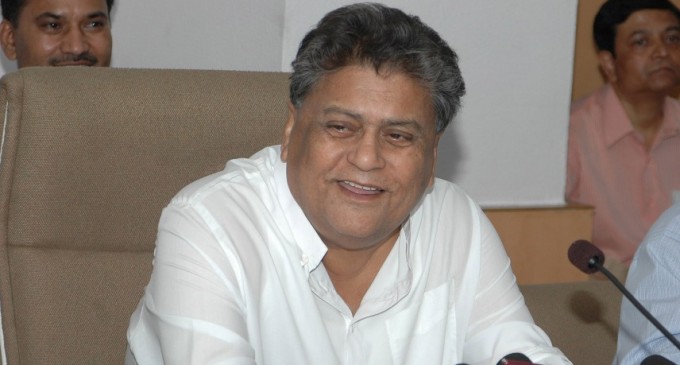 Former Union Minister and senior Congress leader Santosh Mohan Dev died at the age of 83 on Wednesday at a hospital here in Assam, family said.

"Nothing could have prepared me for this moment. I lost him at 6.06 a.m. today (Wednesday). Thank you everyone for your prayers, your love for him," Dev's daughter and Lok Sabha MP Sushmita Dev said in a tweet.

Dev a seven-time Congress MP had held various positions in the Congress government.

He was appointed as Heavy Industry Minister in the Manmohan Singh-led UPA-I government. He also served as Minister of State (MoS) for Communications from 1986-1988 and MoS for Home between 1988-1989.

He was given independent charge of the Steel Ministry in the P.V. Narasimha Rao government in 1991.

Prime Minister Narendra Modi condoled Dev's death, and said: "Saddened by the passing away of Santosh Mohan Dev. He was veteran political leader who worked extensively for welfare of people."

"My thoughts are with the family and supporters of Santosh Mohan Dev in this hour of grief," he added.

"In a political career spanning five decades, Dev held numerous crucial political assignments in the Congress party and in the government, including that of a Union Cabinet Minister," Sonia Gandhi said in a statement.

"His immense contribution to build the party in the Northeast, right from the grassroots level, would always be remembered," she said.

She also said that his death is an irreparable loss to the nation.

The Congress President expressed her solidarity with Dev's family and supporters, particularly Congress MP Sushmita Dev, and prayed for peace of the departed soul.