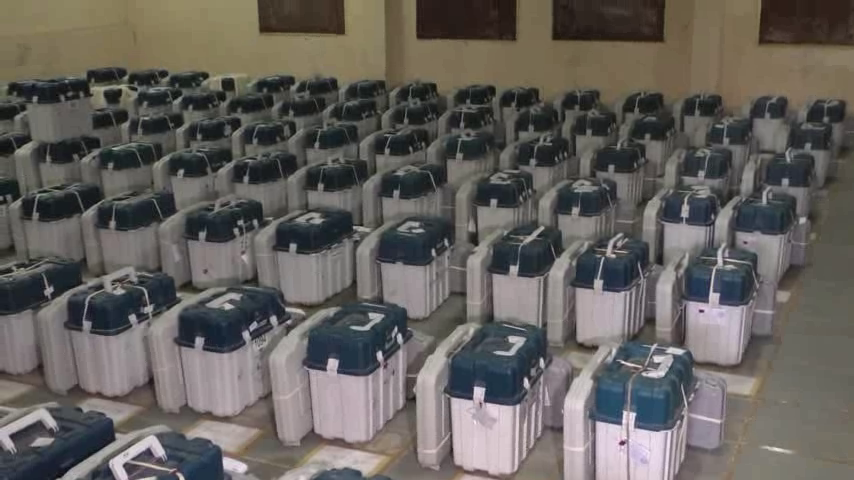 After a good percentage of polling the EVM’s were sealed and kept inside the strong room in Vadodara after the election ends on 23rd April 2019. A three layer security is in place outside the strong room for one month to stop any mal practice against the machines. The whole Polytechnic building is under the watchful eyes of Para military force followed by SRP, local police and other forces in layered security.

Vadodara saw 67.24% voting as people came out in good numbers to vote for their favorite candidate. After the full day of polling the fate of the candidates finally sealed in the EVM’s and the machines are later taken to the strong room. The machines and VVPAT of seven Loksabha seats were sealed among the presence of election officials and security forces inside the strong room at Polytechnic college.

To ensure the safety of the boxes a three layer security is in place at the strong room as per the election commission guidelines. The deep and most important layer is of para military forces keeping a birds eye view on the rooms. The second will be of SRP and local police followed by traffic and other forces.

All the EVM’s are under 24hours cctv monitoring to ensure bit by bit information to the security forces. On Wednesday the collector and chief election officer along with other officials reached the strong room to check the machines and security arrangements there.