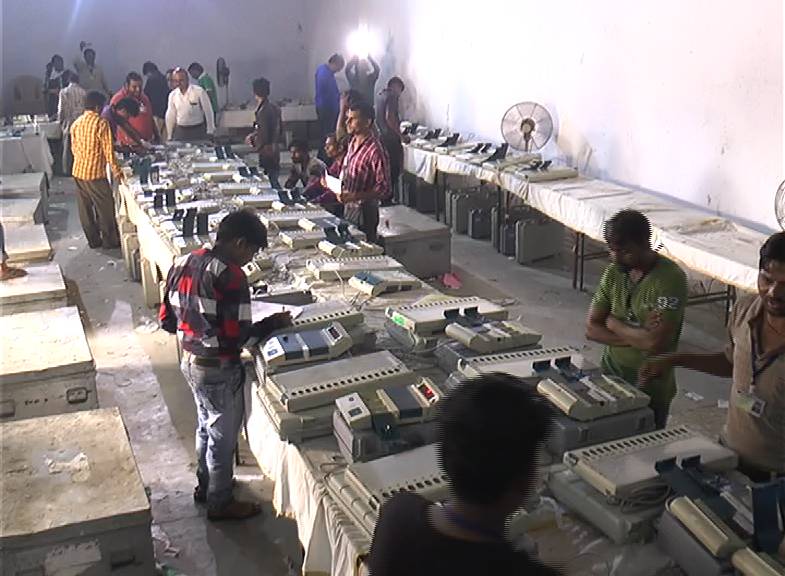 The election commission team on Wednesday reached Vadodara for the first level checking (FLC) of the EVM’s stored at Supply office in Hujrat Paga area. The team of technicians visited the office along with the EO officials and checked the EVM’s before the election process in the state.

Gujarat is starting preparations for the upcoming assembly elections and all the political parties are starting tightening their strings. In view of the all important elections the EO is also not taking any light measures and make sure to conduct the thing smoothly.

With the upcoming elections in mind a team of EO visited Vadodara on Wednesday to check the EVM’s stored in the supply office at Hujrat Paga. The team monitor the checking done by the technicians team which they called First Level Checking and is according to the guidelines of Election Commission of India. The 3750 EVM’s brought from Agra and were checked by the technicians. The VB Pat units from Andhra Pradesh will be arriving later.

“In view of the upcoming elections in Gujarat the technicians team came here for FLC and the EO team visit to check the process going on according to the guidelines of the Election Commission of India. The technical team check and make sure that the machines work properly during the elections. Right now there is 3750 EVM’s here arrived from Agra and the VB Pat will arrive later from Andhra Pradesh,” said Jaydeep Dwivedi Jt. Chief Electoral Officer CO office Gandhinagar.