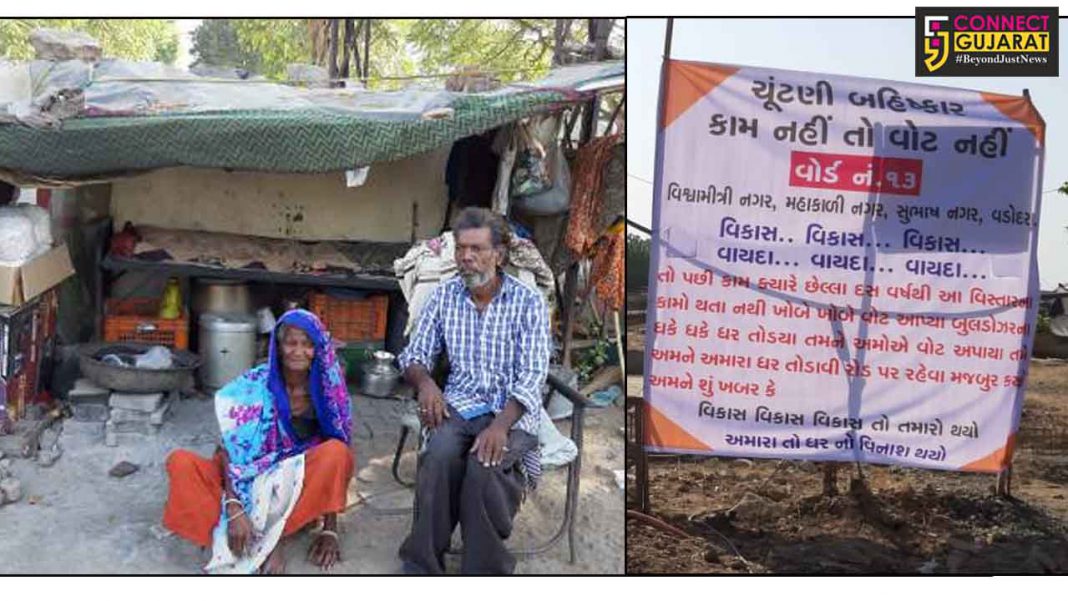 After the declaration of candidates the parties began their campaigning with full fledged planning. As the candidates are trying to woo people for voting in favour of them, banners of protest against the local MLA and MP put up in Vadodara raised many eyebrows. The banners read about boycott the elections and MP and MLA went missing from there.

Many of the displaced families are spending their life on the footpath and around 90 of the families deposited 25,000 for their houses but yet to receive anything and raised their anger against the administration. They approached the officials so many times but failed to get their houses and hence decide to boycott the elections and put up banners in their area