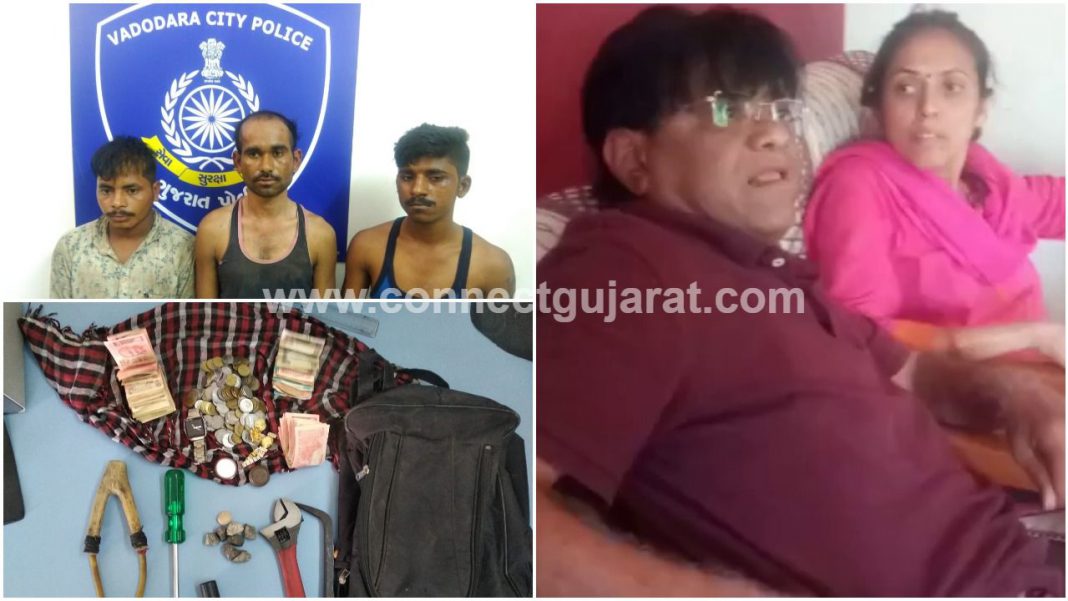 Called the police on time to get them arrested

In a daring act of courage a elderly couple fight with the gang of robbers and make them arrested after timely call to the police control room. The police team reached in time and caught the three accused from the spot.

Sudhir Shah and his wife Bhavna lives a retired life at Parshva duplex at Gotri road in Vadodara. On Wednesday night the couple was sleeping inside their house when three armed attackers strikes around 2.30 am.

Sudhir bhai woke up instantly with the sound and challenged the trio visible near the kitchen area. His wife also wake up and came to the help. As they shouted the robbers started beating Sudhirbhai and threaten to be silent by showing the knife to him. They robbed watch and cash from there and went to first floor to steal other items.

Getting the chance Sudhirbhai called Laxmipura police and they reached there in no time and caught the accused when they are about to fled from the spot with the cash and other items. During interrogation police found the trio named Rajaram Pargi, Pankaj Solanki and Lucky alias Chikno Kumar from Ujjain Madhya Pradesh. All are arrested under various offences and investigation is on in the matter.