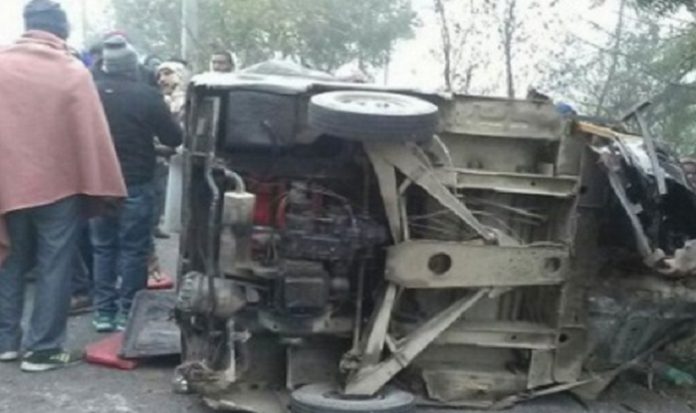 At least eight persons were killed when an ambulance rammed into a stationary truck in Sant Kabir Nagar district of Uttar Pradesh early on Tuesday, police said.

The accident took place near Churaib overbridge when the ambulance was on its way to Sanjay Gandhi Pos-Graduate Institute of Medical Sciences (SGPGI) here with a patient in critical condition and his family.

The dead have been identified as Ram Chandra Barnwal, his brothers Manoj and Sushil, daughter Shweta, son-in-law Kamal, two other relatives, and the driver.