Earthquake in Eastern and Northern parts of India, People found in panic 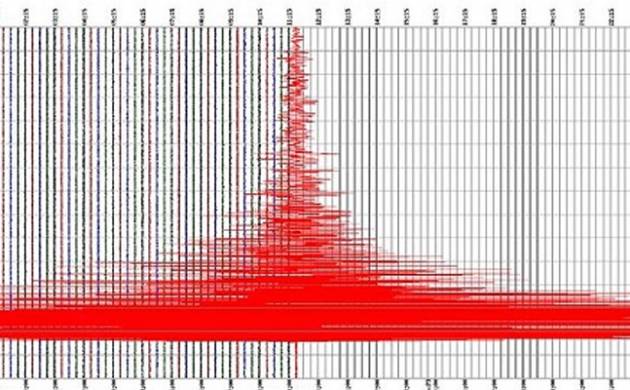 High density tremors were felt in eastern and northern part of India. People in Delhi NCR and in certain parts of North India found rushing towards roads in panic. The tremors were felt in entire north India including Uttar Pradesh, Bihar and Assam. The epicentre of the of the quake is assumed near Myanmar. Sources in disaster centre informed media that the same time tremors also felt in Pakistan and Afghanistan.

Magnitude of 6.9 quake struck at a depth of 135 kilometer, 365 kilometer north of Myanmar capital Naypyidaw, accoding to US Geological Survey. The quake was centered in the jungle and hills northwest of Mandalay.

At least two people were killed and more than 70 injured in Assam, according to Media reports.

Jolts were also felt in Madhya Pradesh, Uttar Pradesh , Odisha , Chhattisgarh and also shook the Eden Garden before an IPL Match between KKR and MI.