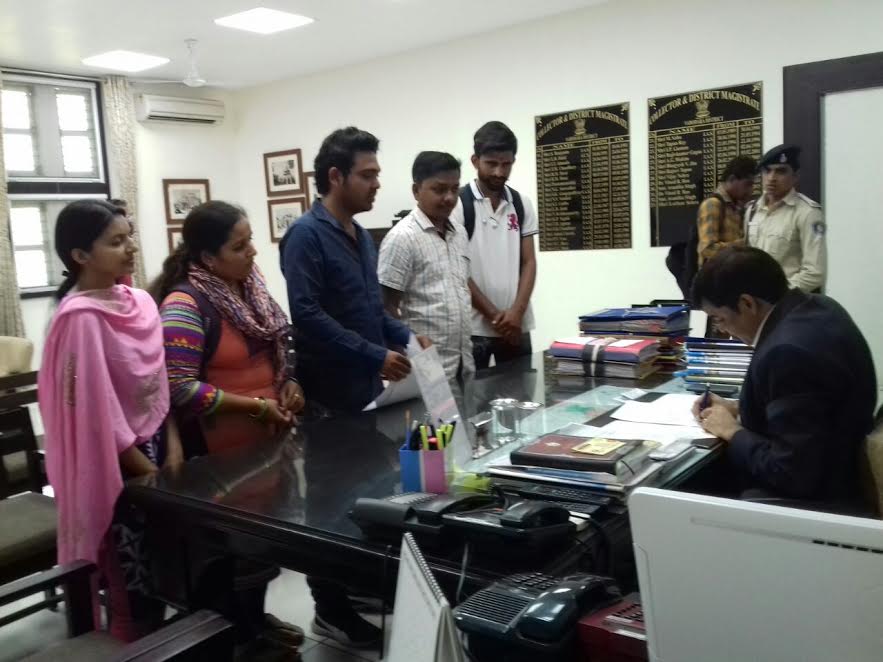 E Gram Panchayat operators are getting the salary less than what the government decided for them and on Thursday they gave a memorandum to the Vadodara collector for their various demands.

Working for the last 10 years the E Gram computer operators demand to make them permanent and also provide them the various schemes running by the government. They also threatened to self immolate themselves if their demands were not met.

Brajesh Patel President of e Gram Panchayat computer operator association said that the operators from 97 villages give memorandum to the collector regarding their demands. He said when Prime Minister Narendra Modi was the CM of Gujarat around 13700 computer operators were recruited from Gujarat including Vadodara district. The operators were recruited under e gram scheme to perform duties related to birth certificate, light bill payment, revenue records and election related work.

Around 40% girls are recruited for the post of computer operator and all are working at their respective e gram panchayats. However they are working on the minimum salary less than what the government decide.

The operators further said that last year they took out rally at Taluka levels and give memorandum to the Mamlatdars demanding them to make them permanent. However after one year the situation is still the same and the government didn’t accept their demands till date.

They further said that if their demands are still not addressed than they will protest on the line on Mahatma Gandhi and further take it to aggressive ways and also self immolate themselves. The operators said that they are the pillars of Digital India the dream of Prime Minister Narendra Modi but the government is doing injustice to them. They are getting 2000 to 3000 rupees salary and it’s tough for them to survive. They demand to make them permanent and also get the benefits of all government schemes.