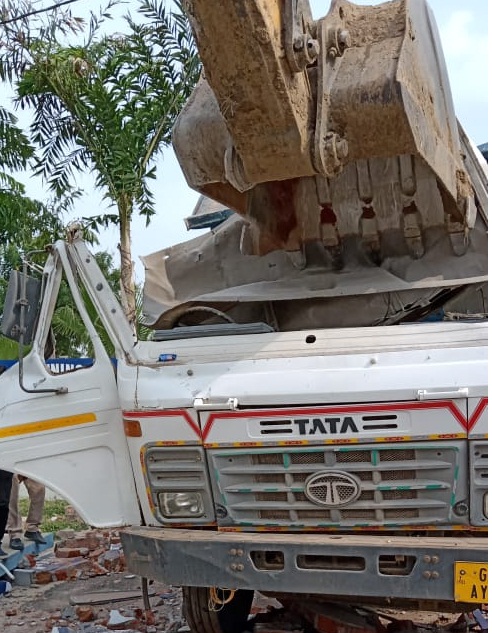 There is a construction of houses for the police going on near the parade ground and two dumpers are working there at the sight. One driver Jitu Shodha was returning back after dumped sand at the place. As he was nearing the gate the trolley of the dumper dashed with the RCC gate slab and it fell down on the cabin with a big thud.

The people residing nearby along with SRP officials and men rushed to the spot and found the cabin crushed under the heavy slab along with the badly injured driver. Fire brigade was called and they with the help of hydraulic tools rescued the driver and send him to the hospital where the doctors declared him dead.