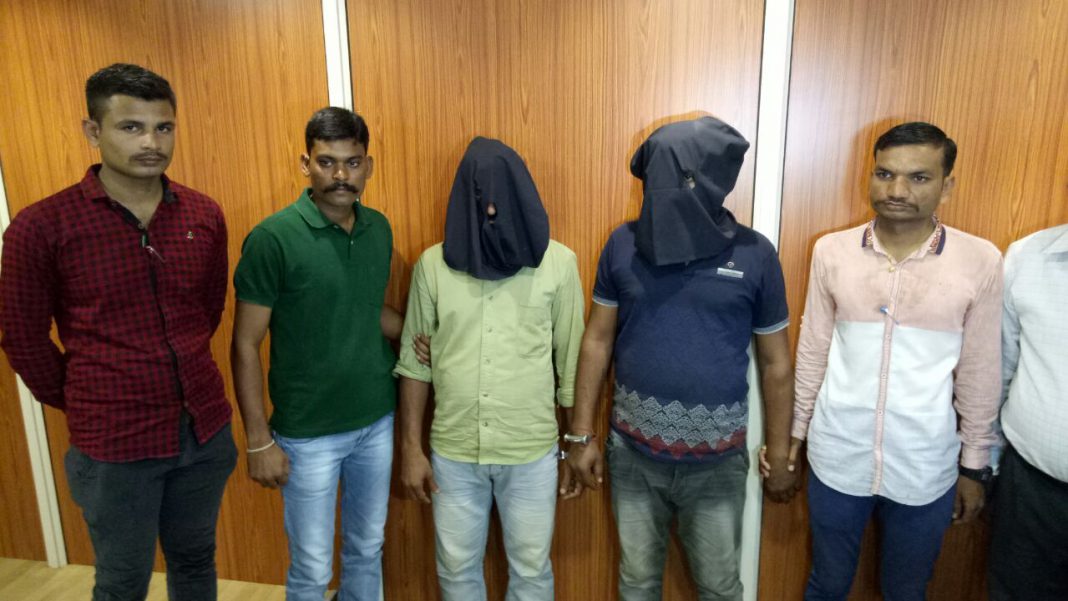 Vadodara city police arrested two accused involving in loot incidents acting as dummy policemen. The police arrested the duo after acting on a prior information and get five days remand from the court.

The complainant Jitendra Gawaria from Manjalpur area regsitered a complaint on 25th August regarding two persons acting as policemen and looted 600 cash and one mobile phone from him. Manjalpur police started investigating the case based on the complaint and recieved the perfect tip about the accused.

The police recieved the tip about the accused Kamlesh Thakor and Mukesh Patel is arriving at GIDC Makarpura. Based on that the police kept a watch at the place and detained the accused after they arrived there.

During interrogation the accused accepted the crime and arrested them for loot in the name of dummy police. Police get five days remand of the accused for further investigating about if they are involved in other crimes in the past.