The sudden downpour has lead to cancellation of several trains plying over Vadodara station and has shutdown its airport. Authorities have advised all govt. and private schools to remain closed on 1st August, 2019 due to the deluge and have asked the local administration to shift people from low-lying areas in Vadodara if needed as water entered into houses in several localities.Western Railway has ensured proper arrangements for passengers in this time of deluge at Vadodara station and at its nearby areas. 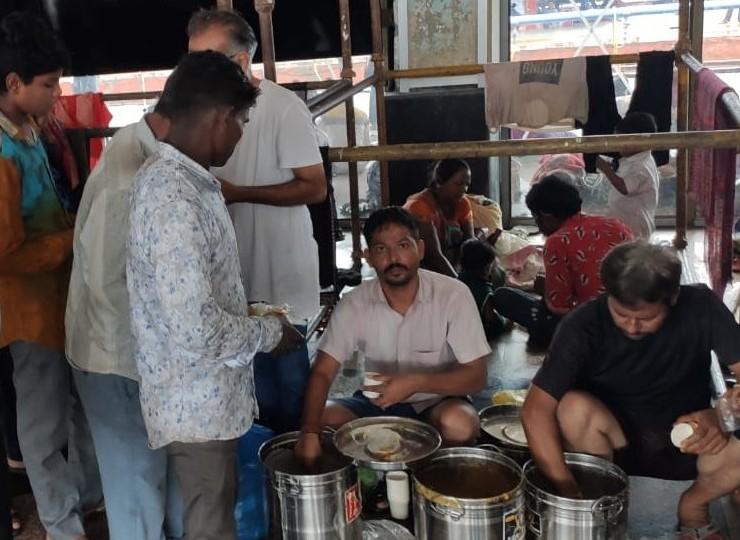 According to Shri Ravinder Bhakar – Chief Public Relations Officer of Western Railway, 107/29 Air Defence Regiment (SAMBA) helped in evacuating almost 3000 passengers outward from Vadodara railway station to the city and another 3000 passengers inward from the city to the railway station. This was made possible with more than 80 jawans and with the use of 10 ALS Tatra vehicles. Shri Bhakar stated that between 8.00 am and 8.00 pm, Vadodara received 442 mm of rainfall, the highest in Gujarat on Wednesday. Of this, 286 mm of rain fell in just four hours ending at 8.00 pm.

The weather office predicts heavy to very heavy rains in several parts of Gujarat during next two days. Flooding has been caused mainly because of release of water from Ajwa Dam. Seeing the torrential rainfall and water logging at Vadodara station of Western Railway, Western Railway has taken various measures for the convenience of passengers stuck in trains. NDRF & Air Force have been deployed to transport passengers stranded at Vadodara station to city. Rainfall is normal but flooding is mainly due to release of water from Ajwa Dam. Both UP & Down line trains are running with Speed Restrictions. Western Railway higher authorities are continuously monitoring the situation to ensure necessary action. 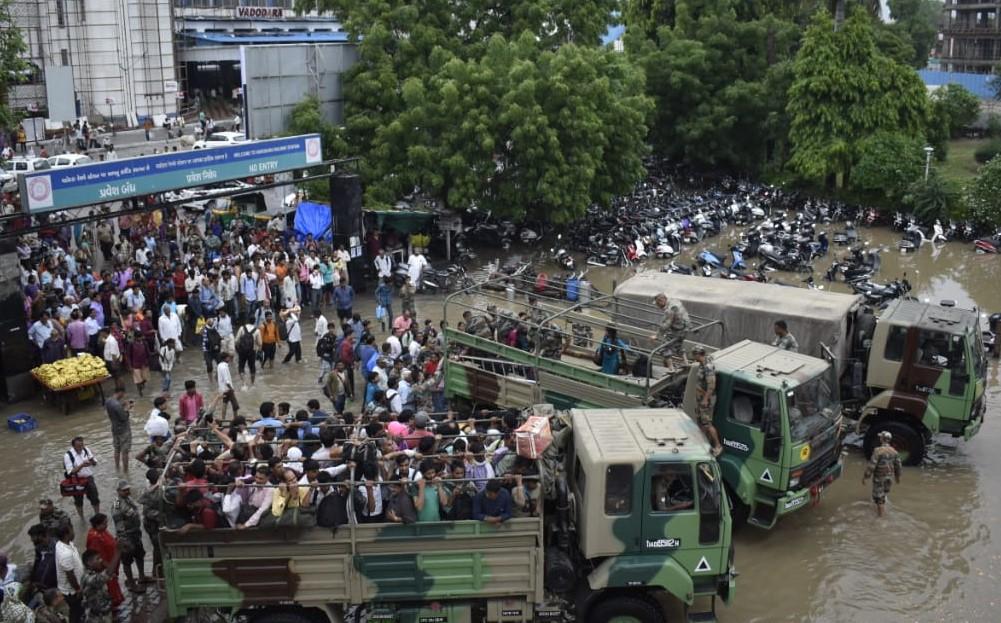 Due to heavy rain at Vadodara following action initiated:

Various NGOs have also contacted for collecting food packets for distribution among staff on Vadodara station and nearby VS colony. These NGOs includes Passenger Association, Atmayjyoti Assam society, Swaminarayan temple and the station catering stalls. Around 450-500 packets and approx. 250 packets of biscuits/chips and water bottles have been served to stranded passengers in Train No.12933 Karnavati Express at Vishvamitri station.