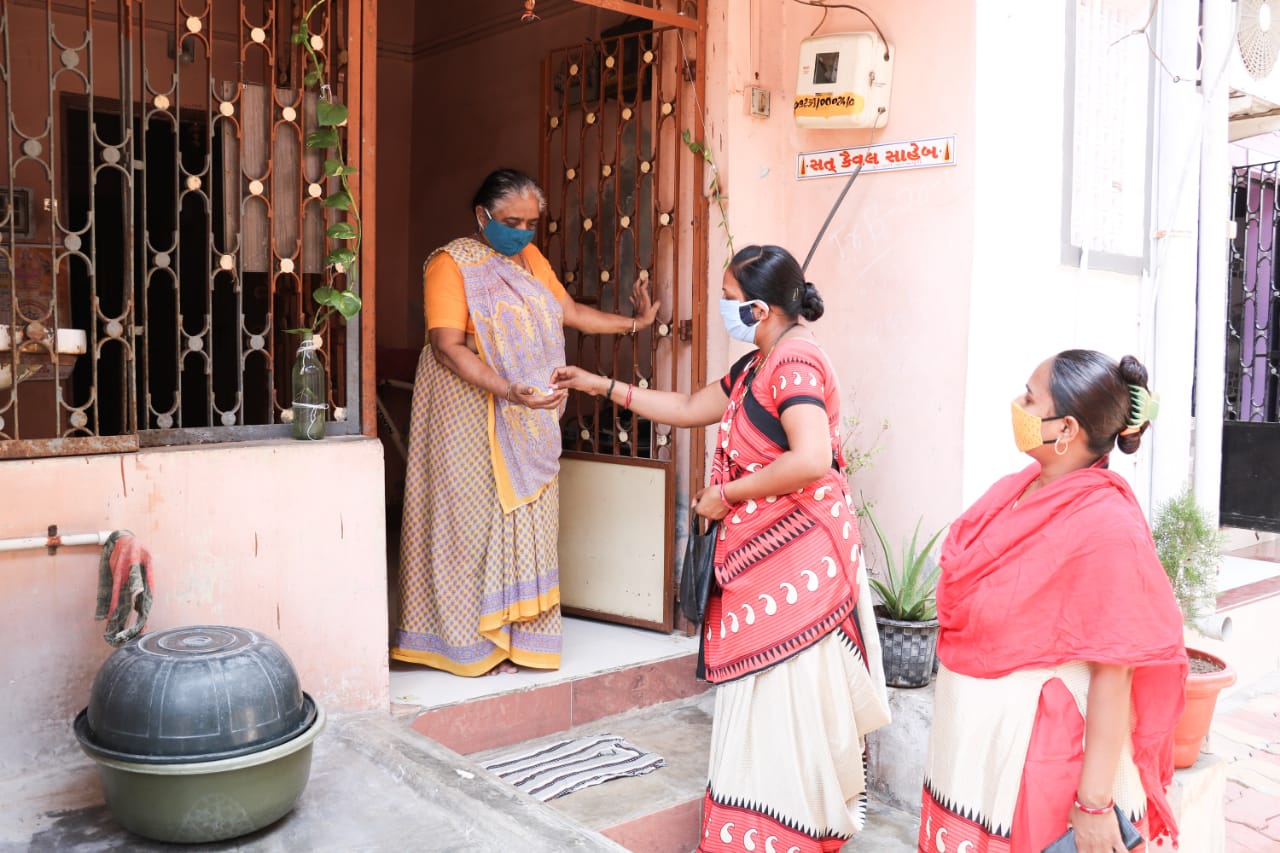 Sarpanch and his team with the help of villagers are taking safety measures over a year, ten weddings held under their supervision

The second wave of corona has increased the transition to the villages. However there are villages who are maintaining strict vigilance to stop the virus entering in their areas. One such place is in Padra Taluka where the sarpanch and his team are taking strict measures to prevent the virus from spreading in their village.

Dudhwada village of Padra taluka with a population of about 2200 is not having a single case and that is all because of the untiring efforts and awareness by Sarpanch Uttam Prakash Patel and his team. With the hard work of the Gram Panchayat members including the Sarpanch and the Corona Warrior Team of the youths, the village has truly inspired other villages by realizing Chief Minister Vijay Rupani's vision of Corona free village.

Sarpanch Uttam Patel said that corona pandemic has spread all over the world for the last one year. But to stop this epidemic, the Gram Panchayat team start their fight with firm determination and full cooperation of the villagers. Corona vaccine has been given to 85% of the people in the village above the age of 45 years. Preparations have also been made in advance for vaccination of youth above 18 years of age in the village. The vaccine will be given when it starts in Vadodara district.

He said that from the very beginning, a corona warrior team of village youths was formed with a committee of Gram Panchayat members. With the help from health workers of Semi Health Center in the village, corona could not enter their village.

Sarpanch adds that for the last one year, in addition to the blockade, the hawkers are not allowed to enter and selling various items from outside the village. If any person from the village goes out so he has to abide by the prescribed rules made by the committee. If anyone found walking without a mask, the youth team urges them to understand and wear a mask and if there is no mask, they also give one to them. Members of village milk committee who come to the village twice to fill milk also maintain social distance compulsory. As part of the vigil, all the traders in the village voluntarily close their shops in the afternoon.

He says that to save villagers from the epidemic, a team of youths is distributing masks as well as sanitizers at home and raising public awareness about Corona. People are being taught at home how to take precautions against this disease.

He says that there were about 10 marriages in the village this year. The Gram Panchayat team stayed on the sidelines and effectively implemented the prescribed protocol.

Last year the village was sanitised four times with the help of a private company and once this year. The village is also cleaned regularly to maintain cleanliness. He added that foodgrains as well as vegetable kits were distributed to the needy people of the village during the lockdown last year.

Dudhwada village has provided an excellent example to the entire state of the positive results that can be achieved through the joint efforts of the people's representatives and the village manpower.