“Duathlon” comprised of running & cycling on the spirited streets of Vadodara. 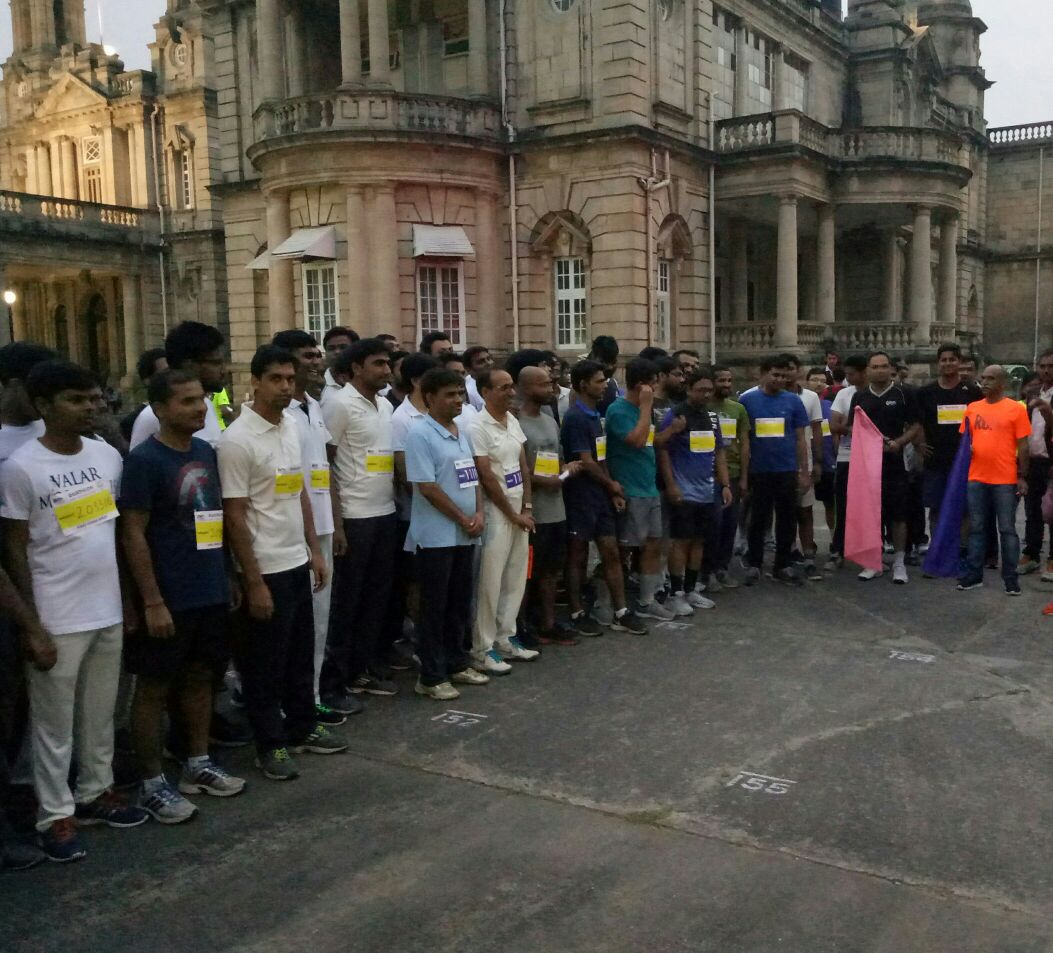 A “Duathlon” was held on Sunday, 17 September 2017 comprised of running & cycling at NAIR Lalbaug campus & on the spirited streets of Vadodara. The event saw unprecedented participation of 120 participants from Baroda Road Runners group and more than 150 railway officers and faculty from National Academy of Indian Railways.

The event was flagged off by Director General Rajiv Gupta of NAIR and Divisional Railway Manager Amit Kumar Singh of Vadodara Division.

Commenced from the NAIR campus the level one was 5 km of running , level two with 20 km of cycling and then level three with 2.5 km of running ending at NAIR .The main aim of the Duathlon was to spread awareness and inculcate the idea of using sustainable and safe transportation system at the same time create fitness culture.

The event celebrated the spirit of human endurance and sportsmanship in festive fervor mood. Winners of the event were felicitated by Tripti Gupta general secretary of woman welfare organization of NAIR in the presence of DRM/Vadodara Amit Kumar Singh.

Event not only celebrated the spirit of safe and sustainable transport but also inculcated the culture of sports in the life of young Railway Officers and Barodians .