Bollywood actor Akshay Kumar revealed on Sunday that he has contributed money towards the purpose of construction...
Read more
0

District supply office Vadodara busted a gas refilling racket and caught the tempo driver and helper involved in the theft. The accused work for Happy Home Gas Agency belongs to Hiren son of Sayajigunj MLA Jitendra Sukhadia. Hiren said they are fully supporting the investigating agencies and demand strict action against the both. 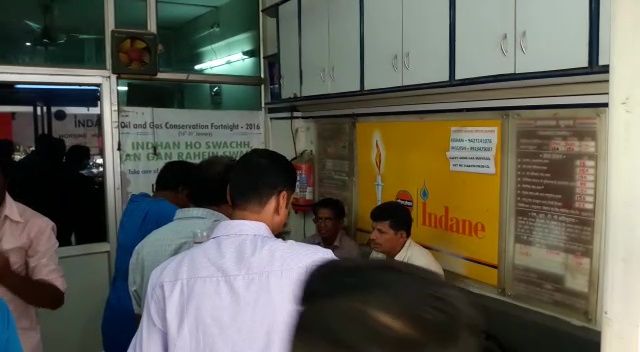 As per details on Tuesday the DSO team raid a place near Jalaram temple at Karelibaug and caught a driver and helper of Happy Home Gas Agency for gas theft and refilling racket. Driver Pankaj Parmar and helper Bhavesh Maachi refilled the tempo from the agency godown at Kotali and after Sama they reached the complex near the temple and involved in the theft when caught red handed by the team. The driver also accept to be involve in the refilling.

On the whole matter the owner Hiren Sukhadia said they demand strict action against the both and supporting the investigating teams. They terminate both and always try to deliver gas as per proper weight to customers and don’t aware about the theft midway.

He request the customers to check the weight of the cylinders written on it as the agency provide the weight machines to every delivery tempo. In case anyone denies they immediately informed the respective agency. They also conduct suprise checks time to time.

In the whole matter Jitendra Sukhadia said both the agency and the DSO will investigate in the matter. He urge for a GPS system in the tempos to check such instances and continuous monitoring is necessary. Every customer shall take the delivery after checking the weight.

The DSO team caught 25 cylinders in the raid and further investigating in the matter.

Bollywood actor Akshay Kumar revealed on Sunday that he has contributed money towards the purpose of construction...
Read more
Gujarat

0
Vadodara GIDC fire station team rescued a person fell inside the well at Methi village near Karjan. The team with the...
Read more
Gujarat

0
Now eve teasing and other women related crimes are always in the radar of the Vadodara police as the special She team...
Read more

0
Bollywood actor Akshay Kumar revealed on Sunday that he has contributed money towards the purpose of construction of a grand Ram Temple...
Read more

0
Vadodara GIDC fire station team rescued a person fell inside the well at Methi village near Karjan. The team with the...
Read more