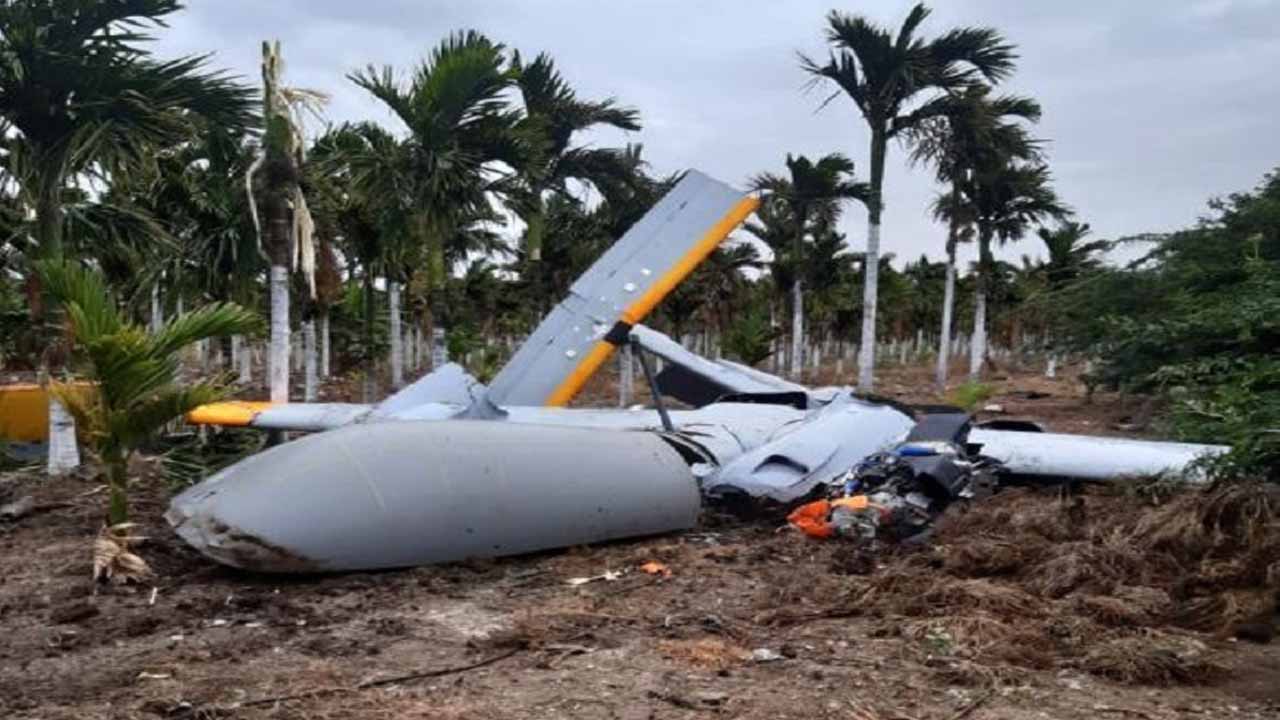 An unmanned aerial vehicle (UAV) belonging to the Defense Research and Development Organization (DRDO) crashed in an agriculture field during a trial in Chitradurga district on Tuesday, 17 September.No casualties were reported. Police said the UAV crashed during the flight from Aeronautical Test Range (ATR), an outdoor testing and evaluating facility being set up by DRDO for unmanned and manned aircraft, in Chellekere in the district.

The incident created a tensed atmosphere among Jodi Chillenahalli village as a loud noise was heard after the drone crashed. The UAV, named TAPAS-04 ADE, crashed into a farmland in Kudapur village in the area.

A large number of people gathered at the spot.Confirming the incident, Chitradurga Superintendent of Police Arun K told PTI that the UAV crashed in a farm this morning, but no one was injured.

According to state government officials, the testing of aerial vehicle called 'Rustom-2' was in progress when the incident occurred.When contacted, a DRDO official declined to comment on it.