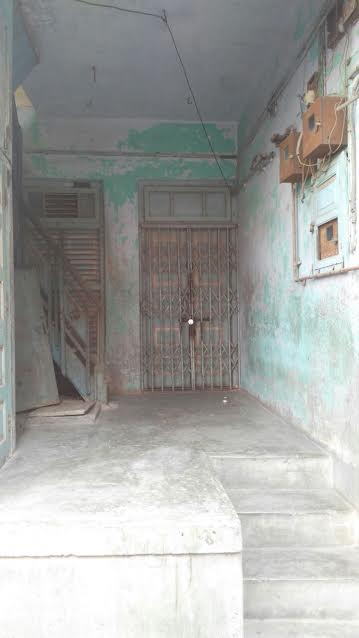 Dr. Mansukh Shah arrested by the ACB in 20 lakhs bribe case is involved in many crimes in the past also. The chairman of Sumandeep Vidyapeeth and having crores of assets is allegedly involved in illegally posses a house in the Sardar Bhuvan khancha in the city. Dr. Shah was living in the same house for 350rs rent earlier and now using the same house to stock and supply the dentistry instruments in the name of Navkaar Dental Supply from there. The house owner and Dr. Mansukh Shah is fighting the case of the same house in the Vadodara court.

Bharat Natwarlal Shah the original owner of the two floor house ‘Shakti’ is living in Waghodia road area of the city now. He said that Dr. Mansukh Shah and his brother Bhimraj Shah approached him and in 1975 they rented his ground floor 750 square foot house for 350 rupees. That time they were involved in their family business of sarees in the name of Amrutlal Bhimraj and Company in Saghli village in Shinor Taluka in Vadodara district.

Bharat Shah said that both Dr. Mansukh Shah and his brother Bhimraj Shah even started their saree business from here in his house. Later in 1980 they shifted to Udyog nagar without giving the possession of his house and even in the corporation list the name of Dr. Mansukh Shah is listed there.

He further said that even today Dr. Mansukh Shah is doing business of dentistry instruments in the name of Navkaar Dental Supply from the same house and his brother Bhimraj Shah and nephew Dikesh Shah is sitting there. He also said that Dr. Mansukh Shah even not deposit the 350 rent in the court for last 11 years.

In 1980 Dr. Mansukh Shah started his dentist clinic from Kothi Anandpura. Later he ventured into the education field and in a short time have crores of assets in his name. Sources said that Dr. Mansukh Shah even forced the students to purchase the instruments related to dentistry from the house in Sardar Bhuvan khancha. The students even raised their voice against this in the past.

The owner Bharat Shah said that he filed a case against Dr. Mansukh Shah for the house possession in 1980 and the same case is still on. The 65 year old house owner said that he believes in law and hopeful that one day he get his house back.