A double murder in Vadodara shocked the residents of Nandanvan society in Waghodia road who are yet to come out of the Diwali celebration. A husband attacked his wife and young daughter with knife and killed them after quarrel between the two. Two other children also received injuries when they tried to save their mother and sister and right now under treatment in the hospital. The killer husband surrenders before the police after the crime. The residents  of Nandanvan Society.

As per the available details Ragesh Raj a clerk in Ward 9 office is living with his family in the G 36 number of Nandanvan society behind Punam complex at Waghodia road. As Diwali vacations is on his wife asked for his permission to visit her parents. But Ragesh denied and that leads to the quarrel between the two. For the last two days the frequent quarrels between them gets ugly and on Sunday Ragesh killed his wife Daksha 42 and younger daughter Mrunali 22 with knife. 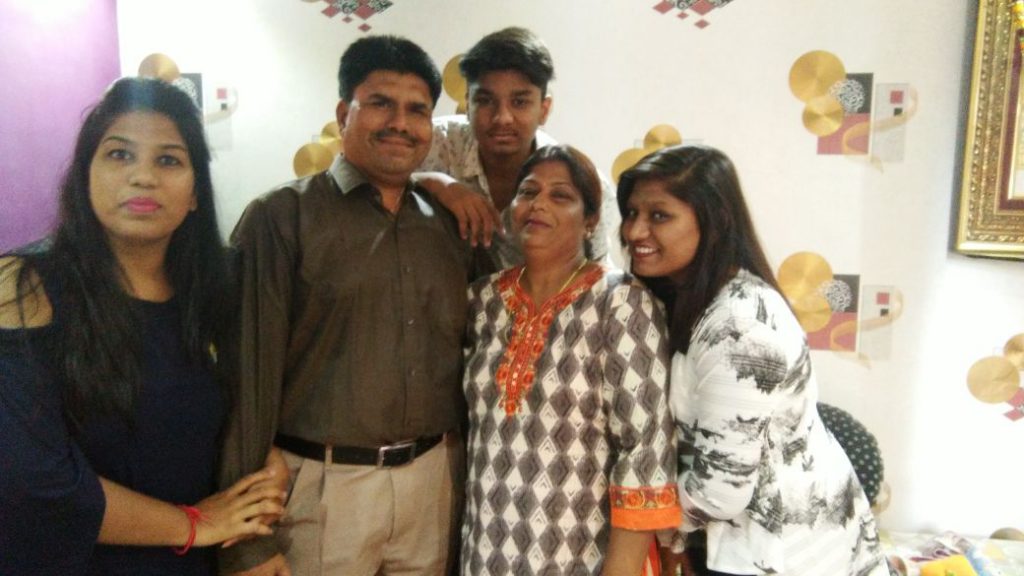 The other two children elder daughter Parthavi and son Revant tried to save their mother and sister but Ragesh also attacked then and both were seriously injured and later shifted to SSG hospital.

The incident on Sunday night during vacations shocked the residents and they rushed to the house to know the exact reason of the killings. On the other side the killer husband surrenders himself before the police after the murder. Police arrested the accused and further investigating the matter.

As per the details Mrunali was studying in MSU and the injured 19 year old Revant is student of Architecture in Parul Institute. The elder daughter is working in a private organisation.