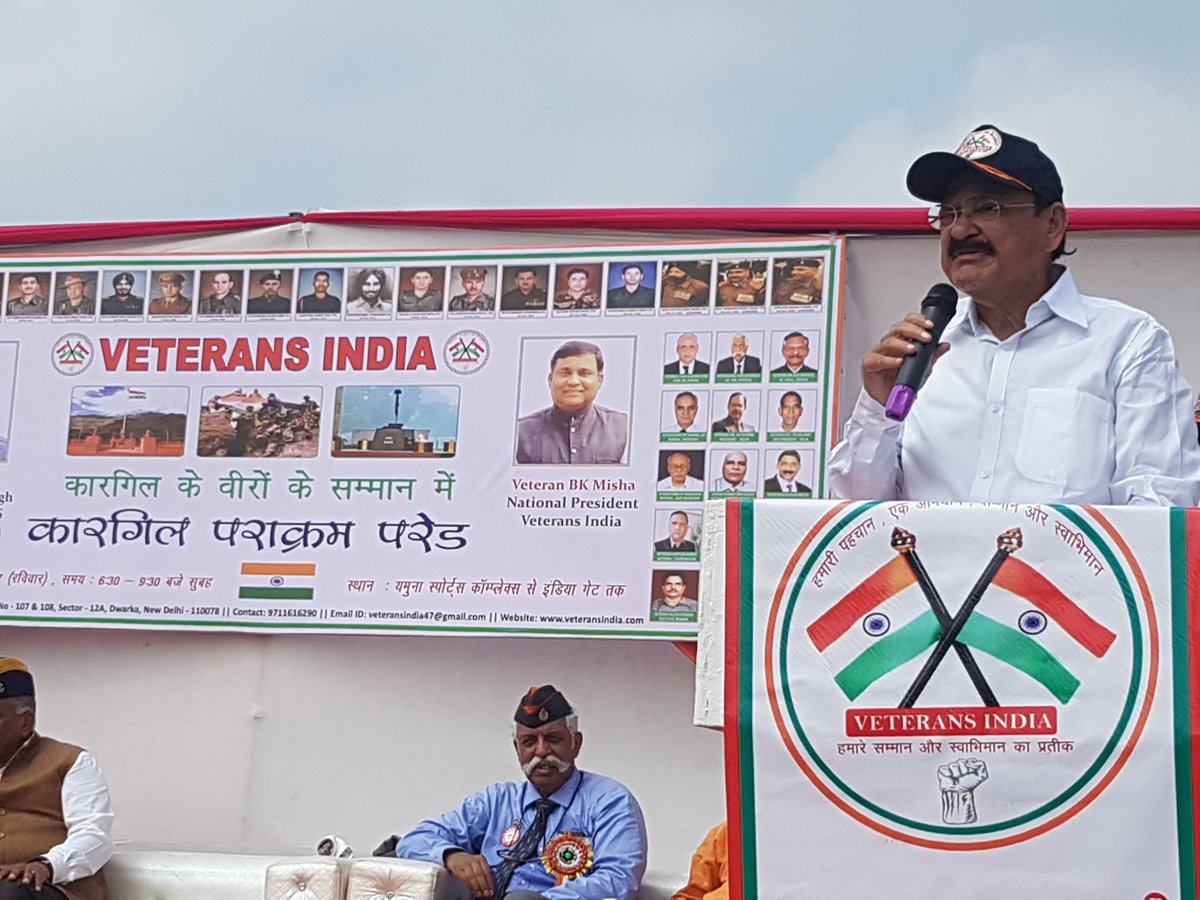 Hitting out at Pakistan for "aiding and abetting terror", NDA's Vice Presidential candidate M. Venkaiah Naidu on Sunday reminded it not to forget what happened in 1971 in a reference to the Bangladesh War in which it faced a humiliating defeat.

Naidu was addressing the annual Kargil Parakram Parade here, held in remembrance of soldiers killed in a war with Pakistan in Jammu and Kashmir's Kargil sector in 1999.

"Our neighbour should understand that aiding and abetting terror will not help them, they should recall what happened in 1971... Terrorism is the enemy of humanity, it has no religion," he said.

Criticising Pakistan for "mixing terrorism with religion" as its state policy, the former Union Minister asserted that Kashmir is an integral part of India and "not an inch" of it will be ceded.

He also urged Pakistan to shun the path of confrontation.

"We are a peace loving people. We never attacked any country. We don't want war, we don't want confrontation. We want to have peace and good relations with our neighbours, but they should also reciprocate," Naidu said.