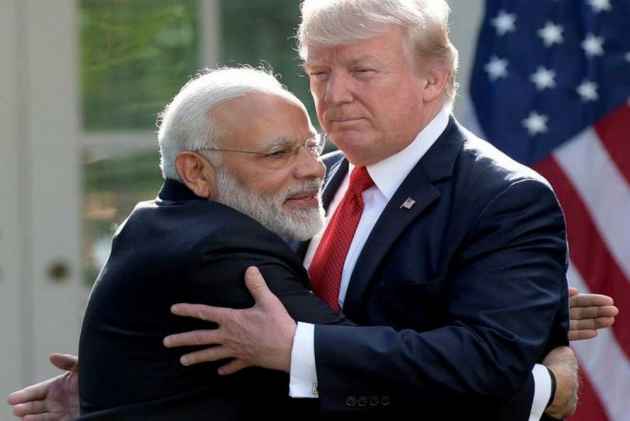 White House has confirmed that US President Donald Trump will join Prime Minister Narendra Modi at Houston in the mega ‘Howdy, Modi!’ event that will take place on September 22.

This assumes to be the first time in the recent history that the leaders of the two largest democracies in the world would be addressing a joint rally.

In Houston, President Trump will participate in an event with Indian PM Narendra Modi,

Reacting to the development, Indian Ambassador to the US, Harsh Vardhan Shringla said that Trump’s participation in the Houston event is “historic” and “uncommon”, adding that it reflects the close relations between PM Modi and President Trump.

“Two leaders addressing the ‘Howdy Modi’ event is historic. It reflects not only closeness and comfort levels in the relationship but also the personal chemistry & friendship between PM Modi and President Trump,” Harsh Vardhan said.

PM Modi tweeted “A special gesture by @POTUS, signifying the special friendship between India and USA! Delighted that President @realDonaldTrump will join the community programme in Houston on the 22nd. Looking forward to joining the Indian origin community in welcoming him at the programme”.

Narendra Modi will address a gathering of 50,000 people at the NRG Stadium in Houston on September 22. Titled as ‘Howdy, Modi!’, the event is being hosted by the Texas India Forum and the Indian Diaspora in the United.