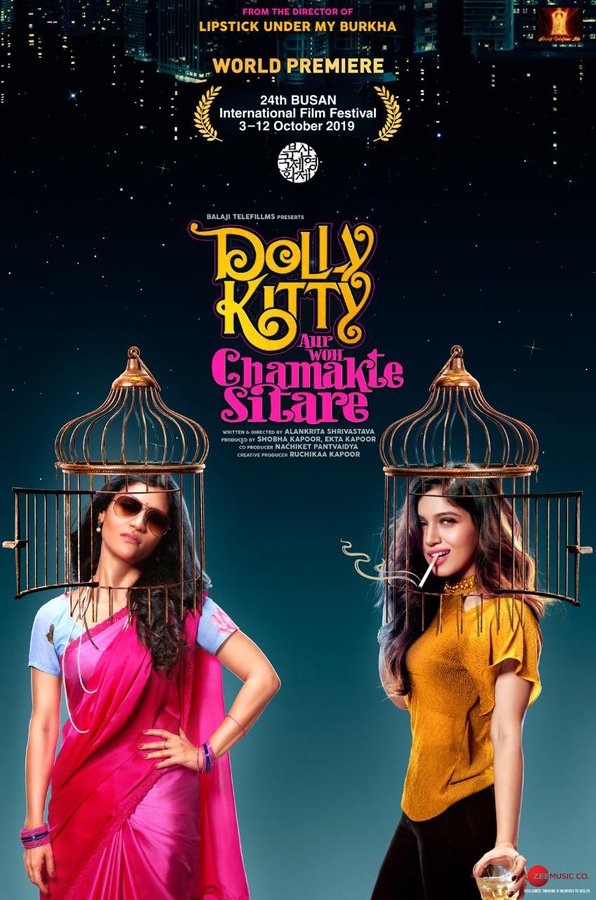 Konkona Sen Sharma and Bhumi Pednekar’s upcoming film Dolly Kitty Aur Woh Chamakte Sitare will get its world premiere at the Busan International Film Festival, which will be held in South Korea from 3- 12 October.

Konkona shared the news in a tweet writing, “Super excited for World Premiere of #DollyKittyAurWohChamakteSitare at 24th Busan International Film Festival! Cheers to the whole team!”

The film has been directed by Alankritha Shrivastava ,produced by Ekta Kapoor’s Balaji Motion Pictures, and also stars Vikrant Massey, Kubbra Sait, Amol Parashar and Karan Kundra. While the story has been kept under wraps, Alankritha told that the film is her “boldest attempt at expressing the moral transparency of women.”