DM Rajnath Singh: Indigenisation of naval equipment in over 15 years 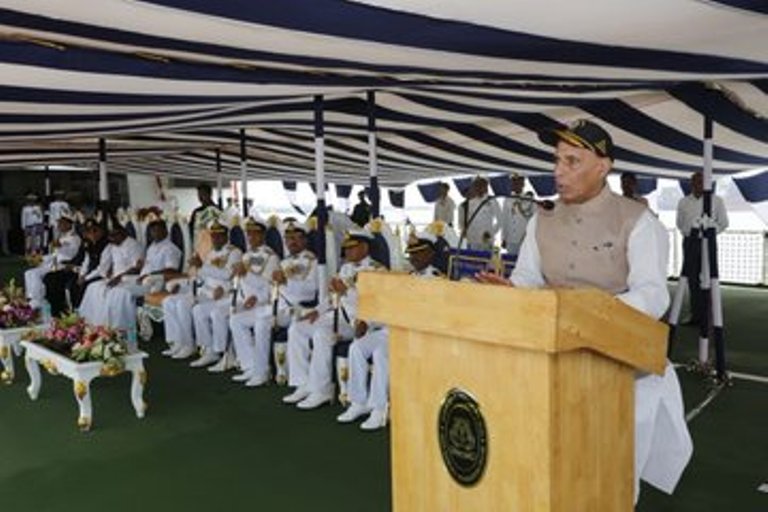 Defence Minister Rajnath Singh on Wednesday said the upbringing plan for Indian Navy formulated as a part of the Centre's 'Make in India' programme will enable domestic development of equipments and systems over the next 15 years.

Speaking at the commissioning of the Indian Coast Guard Ship (ICGS) Varaha, Singh said an Indian Naval Indigenisation Plan 2015-2030, as a guideline document, has been included as part of the 'Make in India' programme.

According to Singh, the decision was taken to encourage shipyards, public and private, to start warship construction and the response had been encouraging. The initial warships construction has come a long way since the commissioning of the INS Nilgiri in 1972, he said.

Singh said clean oceans were important for the country's economic prosperity and sustainability. He said the Indian Coast Guard has launched "Swachh Sagar Abhiyan" in lines with "Swachh Bharat Abhiyan" which was a commendable step.

The Varaha is fourth in the series of the seven off-shore patrol vessels (OPV) and will be based at New Mangalore, Karnataka.

The 98-metre OPV was designed and built by Larsen & Toubro Ltd. It is equipped to carry one twin engine helicopter and four high-speed boats including two rigid hull inflatable boats.

The Indian Coast Guard has a fleet of 142 ships and boats and 62 aircraft. Further 65 ships were at various stages of construction at different shipyards in India and 16 advanced light helicopters were under production at Hindustan Aeronautics Limited Bengaluru.