Connect Gujarat
#Beyond Just News
More
Home Gujarat Divyang take the help of others not the healthy one: Uma Bharti 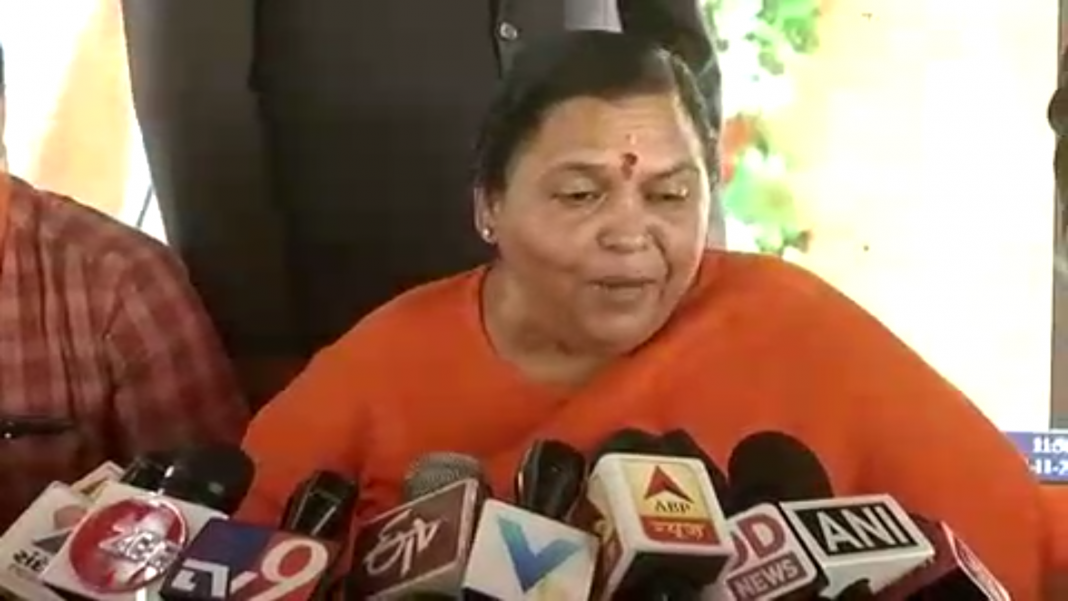 “A healthy person never take anyone’s help and one who taking help of others is Divyang. It’s very sad that the party having leaders like Sardar Vallabhbhai Patel, Indira Gandhi, Motilal Nehru, Jawaharlal Nehru is taking the help of others in this elections. I never saw such a poor condition of the party and they have to fight long,” said Uma Bharti Cabinet Minister for Drinking Water and Sanitation. Taking a dig on the Congress party Uma Bharti indirectly attack them on taking the help of Hardik Patel in the upcoming elections.

On Saturday Congress national Vice President Rahul Gandhi questions the BJP about giving the Rafale deal in Vadodara. Answering the same she said whenever he say something please do it with proofs. On BJP not allows Parliament to run she said Rahul has to remember his grandmother as she took advantage of the majority and implement emergency which is the black chapter in the Indian history.

Uma Bharti remain present in Vadodara for PM Narendra Modi Mann Ki Baat and said whatever PM speaks is the voice of people. She said and assure that Gujarat will vote for the party in the upcoming elections and cemented their position just like they done in Uttar Pradesh.