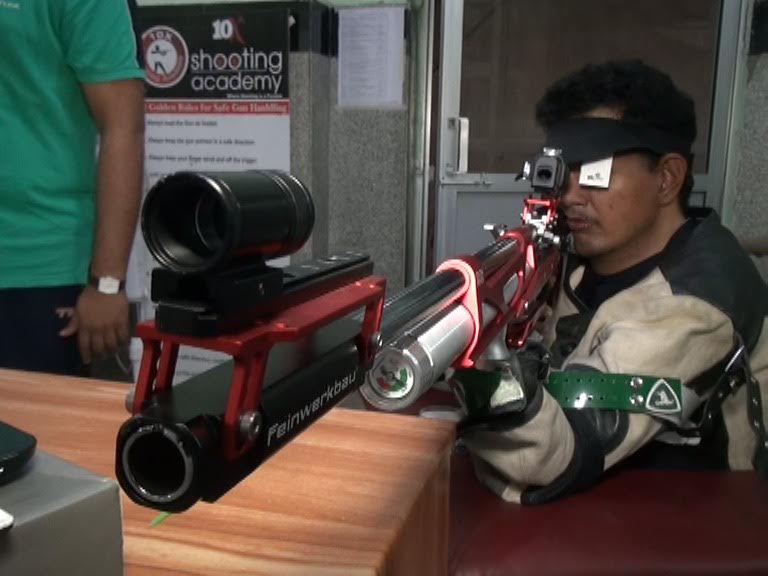 A Divyang rifle shooter in Vadodara is seeking financial help to save his shooting carrer as he is unable to manage his expenses for the shooting world cup. Iliyas Vhora is only shooter from Gujarat to be selected for Para Shooting World Cup to be held from 18 to 28th February 2017 in Ul-Aain United Arab Emirates.

Iliyas Vhora 30 living in Fatehgunj area of Vadodara has 70% disability in both hands and legs. He studied till B.Com and has a passion for sports. To pursue his passion be took part in the shooting events in ‘Prerna’ a national level event organised every year at the MSU Faculty of Technology and Engineering. He won the championship in three consecutive years from 2013 to 2015 and then joined professional training. He also got 4th rank at National Shooting Championship in Pune and due to his performance the Paralympic Committee of India selected him for Para Shooting World Cup as one of the athlete to represent the country. He is the only one to be selected from Gujarat. However Iliyas Vhora dreams might be shattered as due to his financial condition he is unable to arrange the travelling and staying expenses of total two lakhs of rupees. He wrote a letter to the Paralympic Committee of India to financially support him and save his career. As our Prime Minister pushed to support Divyang people so Iliyas Vhora also urged to help him as Divyang athlete who wants to pursue his dreams.