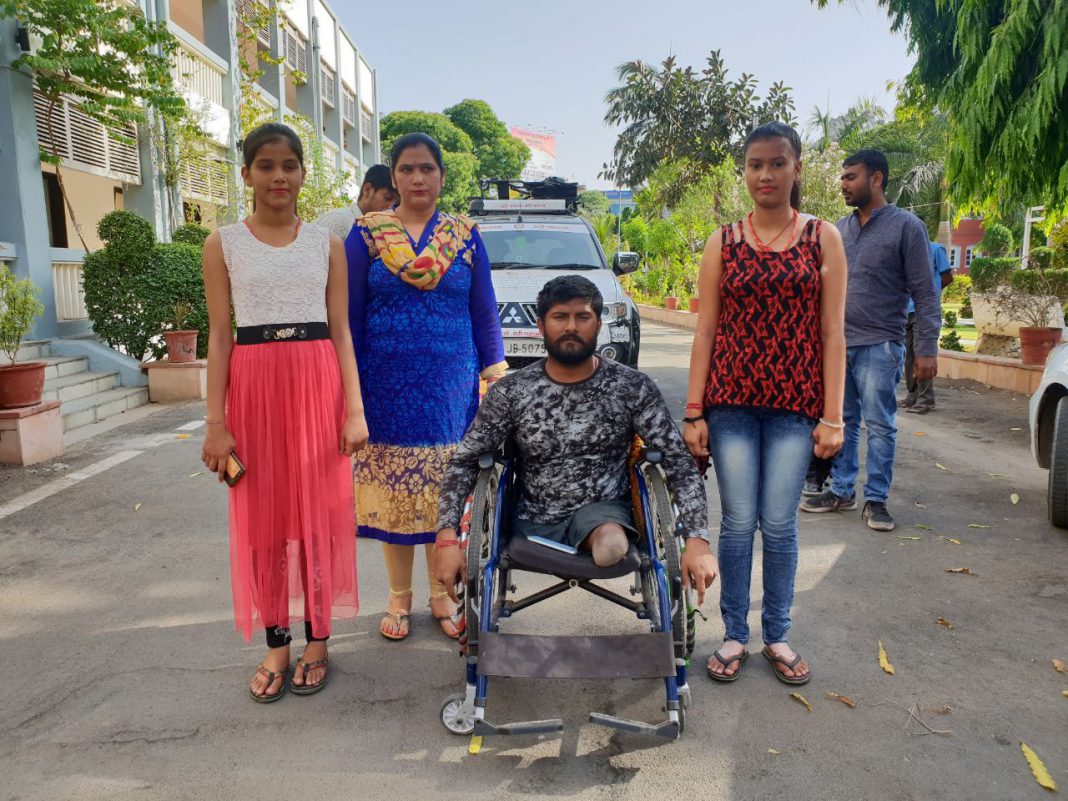 A national level divyang dancer set on a mission from Delhi to Mumbai spreading the message of Save Girl child and educate them. Covering the distance on his wheelchair he will also be eyeing the Guinness world record after successfully completing the journey.

Flagged of from Delhi Vinod Thakur starts rolling his wheelchair from 18th March and covers 50kms daily towards his destination Mumbai. The idea is to start such a journey is to inspire the people like him and also to spread the Prime Minister Narendra Modi mission of Save Girl child and educate them.

He is accompanied by his students Himanshi Giri, Pragati Shrivastav and Pinky Giri all along in his mission. “I always saw people walk, run and drive for some mission but I think something different and decided to go on my wheelchair. The idea is to inspire people like me and to spread the message of Save Girl child and educate them. Being a divyang I conquer my weaknesses and inspire people like me to don’t lose heart and just believe in yourself, ” said Thakur.

Thakur is national level dancer and took part in Nach Baliye Season 6 and India’s Got Talent season 2 before starting his classes in Delhi. His two students also accompany him during his journey and support the cause. The students said they are hurt after heard the rape of little girls and wants stricter punishment for the accused.

“I instantly decide to join my sir in his mission as it’s for the benefit of all the girls of the country. Secondly being a divyang he set out on such a tough mission to move on his wheelchair is something unimaginable. Secondly during the journey we heard the ill fated incidents of rape which shocked us from inside and we demand stricter punishment for the accused them,” said Himanshi Giri.

Vinod Thakur is also attempting a world record for first ever journey on wheelchair from Delhi to Mumbai never done before. He is video recording and collecting all the details needed for the registration and submit it after reaching his destination on April 30 in Mumbai.