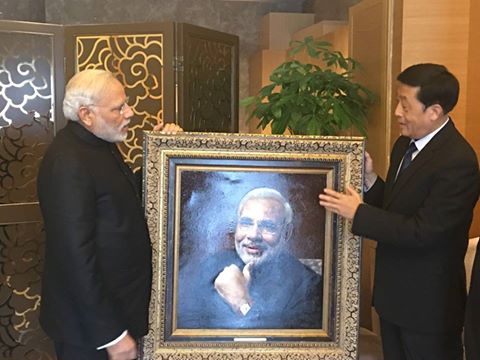 “Fruitful deliberations with Brics leaders. Invited them to Goa for the Brics summit next month,” Modi said in a tweet. 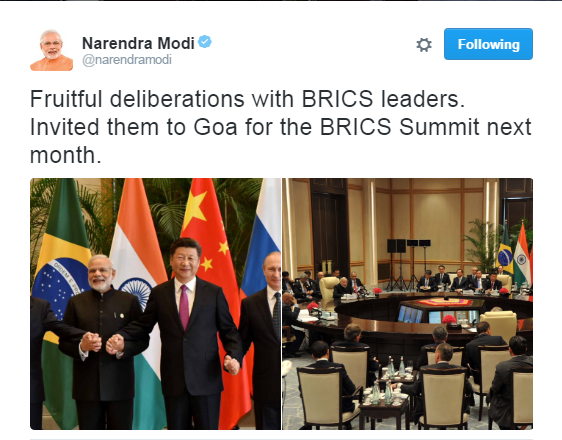 The Prime Minister said he also had discussions with Australian Prime Minister Malcolm Turnbull and Chinese President Xi Jinping in the course of bilateral meetings.

“Delighted to meet PM @ Turnbull Malcolm. We discussed aspects of India-Australia relations and how to strengthen them,” Modi tweeted. 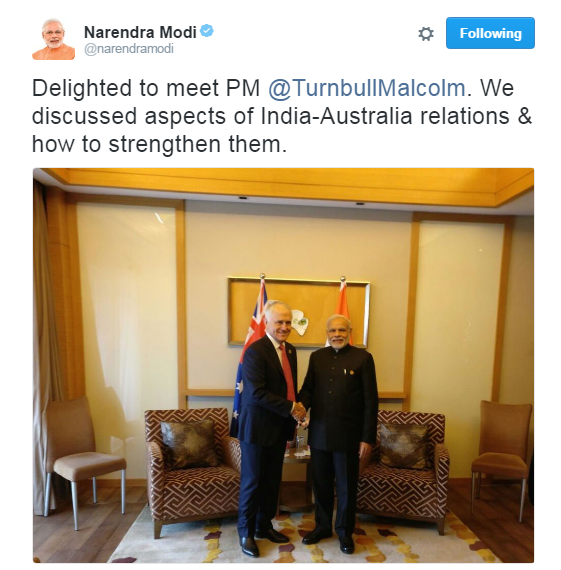 “Had a very good meeting with President Xi Jinping,” he said in another tweet. 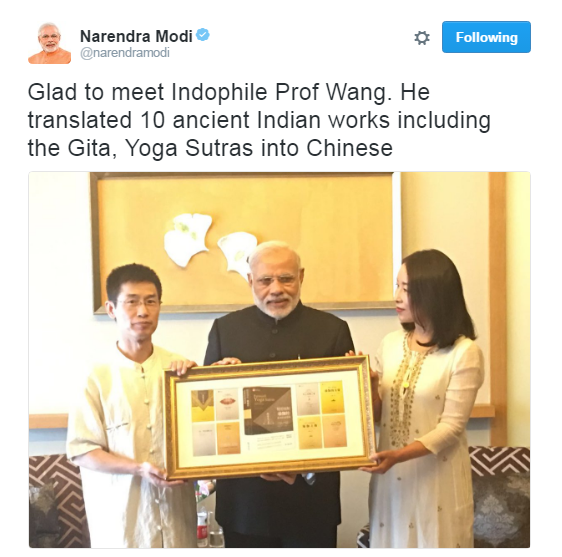 Another tweet ,”Glad to meet Indophile Prof Wang. He translated 10 ancient Indian works including the Gita, Yoga Sutras into Chinese.”