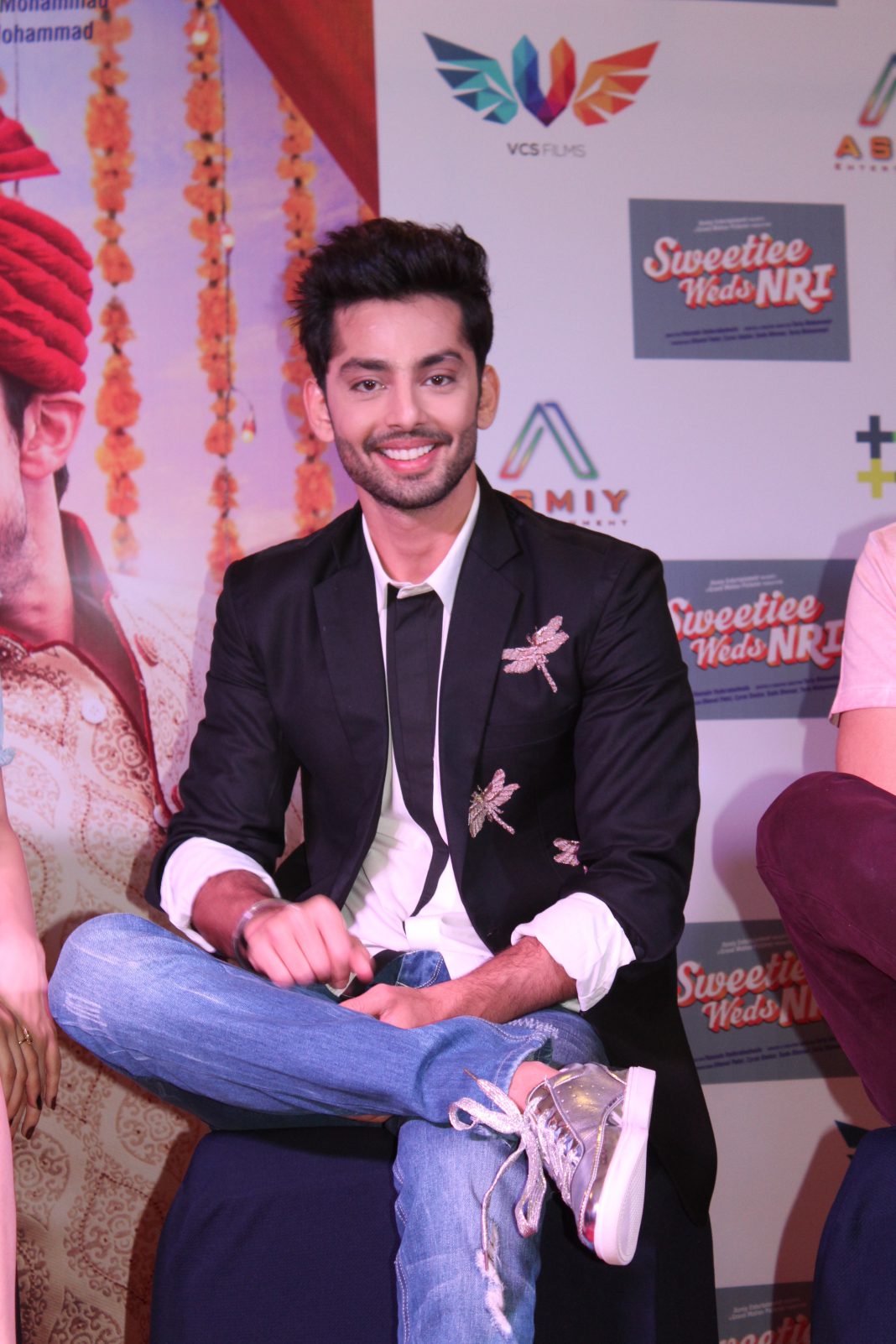 Himansh Kohli who started his filmy career with the movie Yaariyan is playing the role of a Gujarati boy in his upcoming ‘Sweety weds NRI’ which is a urban Gujarati movie with a regular dose of songs, fun and masti. Himansh said that for this role he has to tone up his body and change his looks compare to his innocent boyish look in Yaariyan. From his struggling days in Mumbai Himansh went back home to Delhi after 8 months of rejection and then he started as a radio jockey and then get a show on television.

“After struggling for eight months after moving to Mumbai in 2010 I faced rejection everywhere and came back to Delhi. I then work as Radio jockey there and starts enjoying it. There big producers, directors came to our studio and I interacted with them which increased my confidence as earlier in Mumbai i chased them during my struggling days. After that I got a lead show in Channel V and then my first movie Yaariyan,” said Himansh. Himansh said that as an actor he is ready to play different roles in his films which the audience can see. “I am not a trained actor and whatever I learn is during the shoot. With every role and every shot I learn something through my co stars and senior actors and I grow as an actor. In my first film I play the role of innocent school boy and here I play a Gujju boy. I signed three more films where I play a boy from Shimla in one film and in another play the role of a Ranchi boy. It’s good to play different characters in different language role play in films, said Himansh.