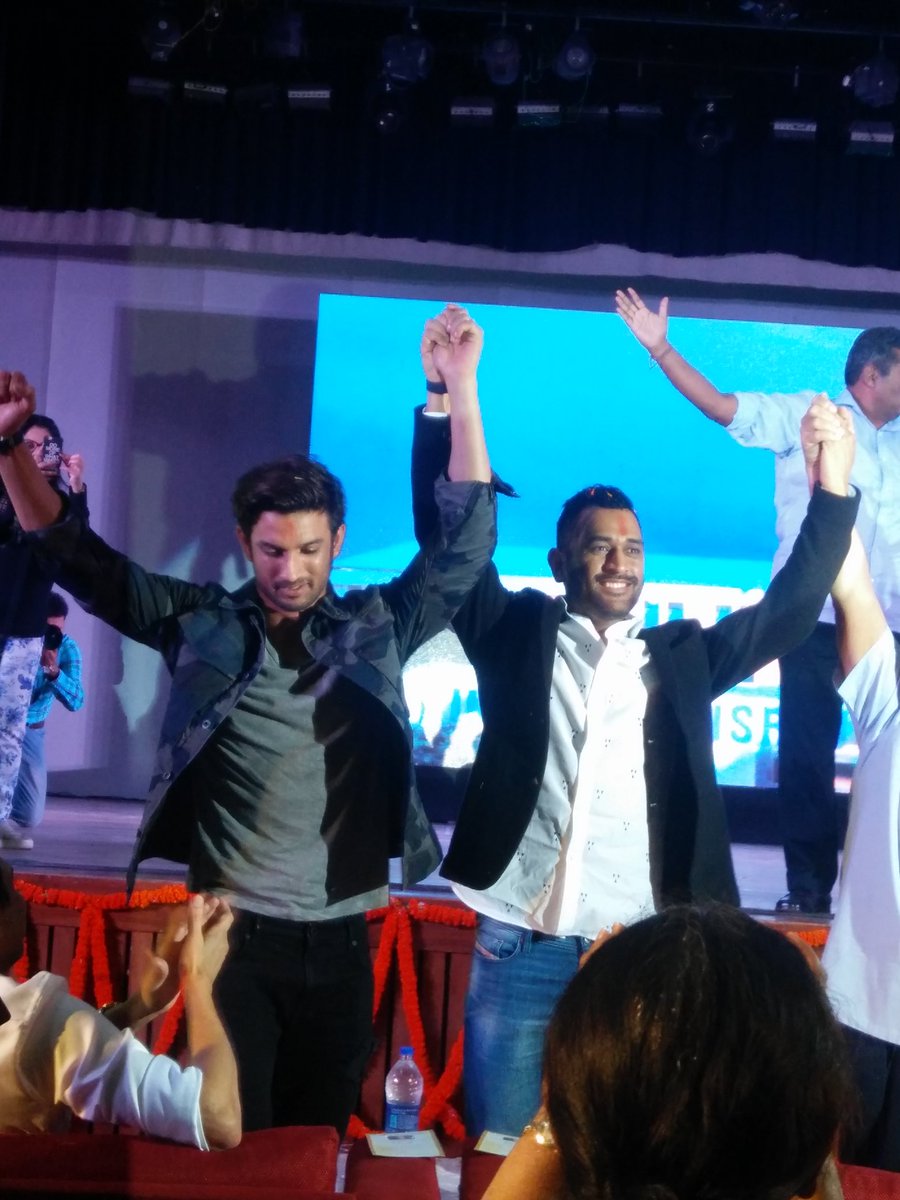 On this occasion he came on a special charter plane, recalled his intial cricketing days when he use to travel by train, which took three days to reach Jalandhar, from where he purchased his bats.

Dhoni who was accompanied by film director Neeraj Pandey and Fox Satr Studios CEO Vijay Singh launched the trailer as fans thronged the Professional University Phagwara in large numbers to get a glimpse of their favourite cricketer.

Later at the event talking about the film, Dhoni stated that he was pleased with the way the biopic has shaped up and also praised Sushant's performance.