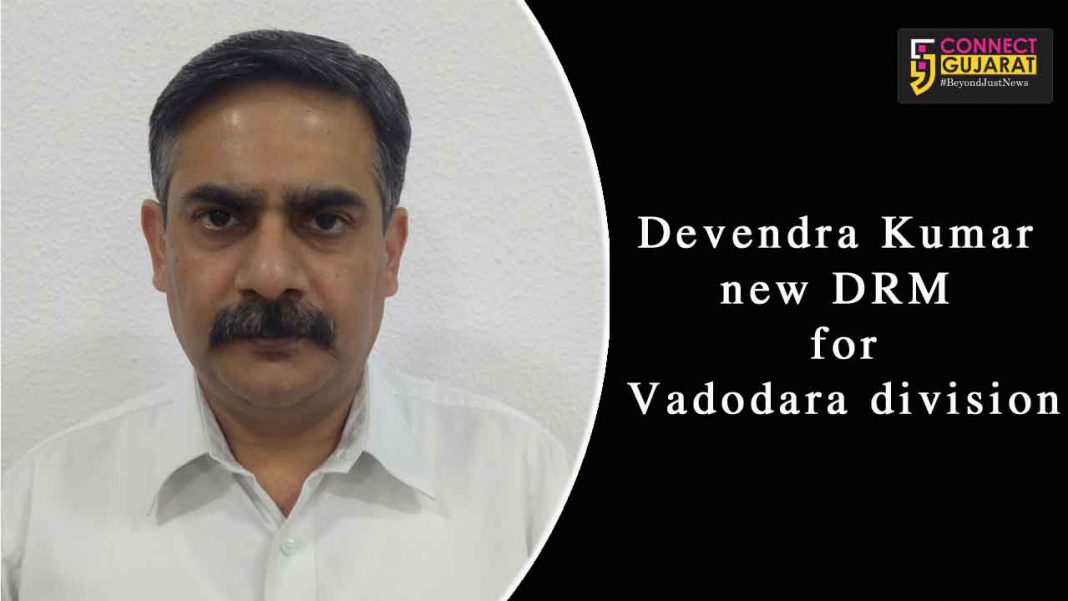 Devendra Kumar has taken over as Divisional Railway Manager of Vadodara Division,Western Railway on 23rd April 2018 vice Amit Kumar Singh. Prior to this, he was posted as Executive Director (Public Grievance) in the Ministry of Railways (Railway Board) at New Delhi.

Devendra Kumar has joined the Indian Railway Traffic Service in 1991 and worked in Traffic Operations, Commercial and Safety Departments on South Central Railway, East Central Railway and in the Railway Board. He has been Professor Transportation and Professor Safety at the National Academy of Indian Railways (NAIR) at Vadodara.

He has worked on deputation as Advisor Transportation with Godavari Fertilizers and Chemicals Limited at Secunderabad. He has been on deputation to IRCTC as Chief Regional Manager at Ahmedabad and Group General Manager (IT) in the corporate office at New Delhi. He has also been Executive Director Traffic in the Environment and Housekeeping Directorate of the Railway Board.