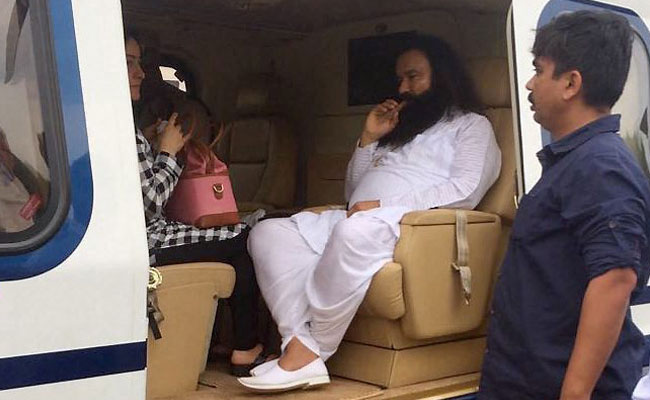 The quantum of sentence was announced by Central Bureau of Investigation (CBI) special court judge Jagdeep Singh at a specially set up court inside the library of the District Jail in Sunaria near Rohtak town in Haryana.

The CBI judge had on Friday held the Dera chief guilty of rape and criminal intimidation of the two female disciples in 1999. The complaint in the case was filed in 2002.

There was drama inside the special court near Rohtak as the convicted sect chief broke down and pleaded with folded hands before the judge.

After the sentence was announced, Ram Rahim sat down on the floor and wept. He was taken away by jail wardens.

Ram Rahim was immediately medically examined by doctors and found to be fine.

Earlier, the judge was specially flown to Rohtak, 70 km from Delhi, on Monday for announcing the sentence at the special court.

Ram Rahim was brought and lodged in the jail (Prisoner No. 1997) here after his conviction by the CBI court in Panchkula, adjoining Chandigarh, on Friday.

There were reports of fresh violence in Sirsa town, 260 km from here, on Monday afternoon. Two vehicles were set on fire by Dera followers, sources said.

To keep Dera followers, who had indulged in large-scale violence in Panchkula on Friday after he was convicted, in check, authorities in Haryana on Monday issued shoot-at-sight orders in and around the District Jail at Sunaria.

Thirty-eight people were killed and 264 others were injured in the violence in Panchkula and Sirsa towns in Haryana.