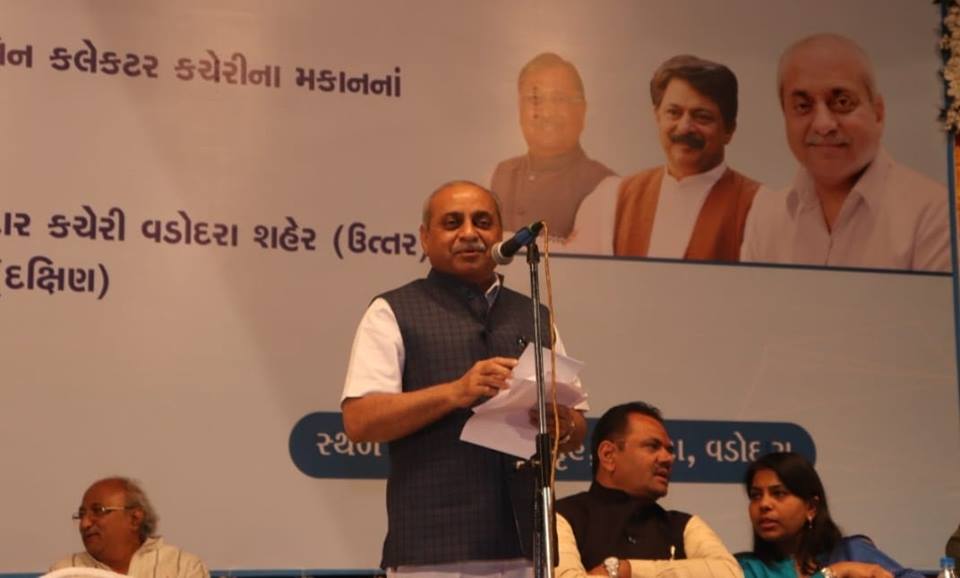 Said government will give 6000 to the farmers per year also has ample arrangement for water for summer.

Deputy CM Nitin Patel laid the foundation stone of new collector building in Vadodara on Monday and said the government will give 6000 to the farmers per year. The amount will be beneficial for purchasing seeds and tools for them. The deputy CM is giving the clarification about the statement given by ex minister Jay Narayan Vyas in Anand S.P. university.

The new collector office will be built at the cost of 25.56cr at Vaccine institute. The deputy CM laid the foundation stone of the office and also put focus on various points related to water and farmers.

Talking to the reporters he said the government already make proper arrangements to manage water supply during summer and there will be no scarcity to the people. The Sardar Sarovar has enough water to supply it to the state.

On the matter of teachers he said the government already declared 7th pay commission for them and also meet them to resolve their issues if any. The teachers of the district primary schools are sitting on protest at Zilla Panchayat office demanding their jobs be counted as per seniority.