Describing the implementation of the demonetisation drive as “monumental mismanagement” and a case of “organised loot and legalised plunder”, former Prime Minister Manmohan Singh on Thursday said it will also drag the country’s GDP by 2 percentage points. “The national income, that is the GDP of the country, can decline by about 2 percentage points […] 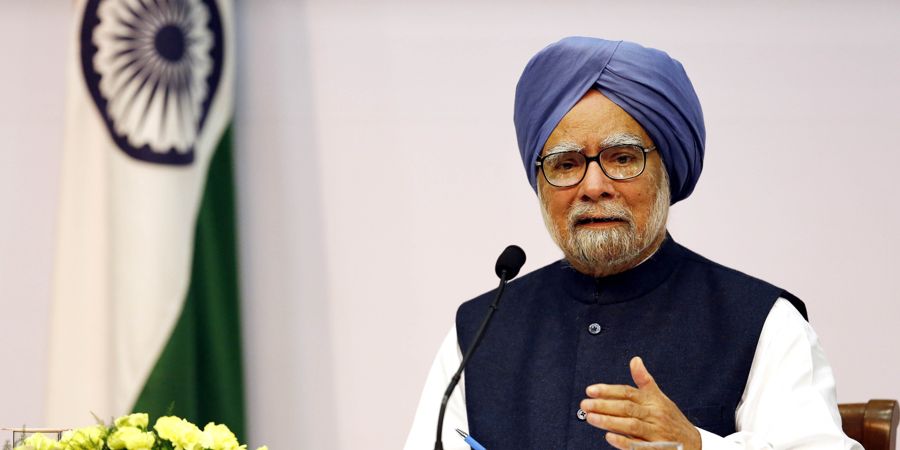 Describing the implementation of the demonetisation drive as “monumental mismanagement” and a case of “organised loot and legalised plunder”, former Prime Minister Manmohan Singh on Thursday said it will also drag the country’s GDP by 2 percentage points.

“The national income, that is the GDP of the country, can decline by about 2 percentage points as a result of what has been done. This is an underestimate, not an overestimate,” said Manmohan Singh, a former Finance Minister and Reserve Bank of India Governor, during a debate in the Rajya Sabha.

“What has been done can also weaken and erode our people’s confidence in the currency system and in the banking system,” he said, as both Prime Minister Narendra Modi and Finance Minister Arun Jaitley listened to the former head of government’s 7-minute intervention.

The Indian economy had expanded by 7.2 percent during the third quarter ended December 31 of last fiscal year, and by 7.6 per cent for the year as a whole.

Manmohan Singh’s GDP estimate comes against the backdrop of a host of economists, experts and think tanks revising downward their growth outlook for India, with the most pessimistic forecast being a mere 0.5 per cent growth by Ambit Capital for the six-month period ending March 31, 2017.

The former prime minister wondered if the government was aware of the extent of hardship that demonetisation of Rs 500 and Rs 1,000 currency notes ordered by Prime Minister Modi had caused small businesses, the common man and the rural economy.

Towards this, he reminded the government that 90 per cent of the work force is in the informal sector and 55 per cent of those in the agriculture sector are in distress.

“I would like to know from the Prime Minister the names of any country he may think of where people have deposited their money in their banks, but they are not allowed to withdraw,” Manmohan Singh queried during his statement in the upper house of parliament.

“In the process of demonetisation, monumental mismanagement has been undertaken about which there are no two opinions in country as a whole,” he said.

“It is a case of organised loot and legalised plunder. It is not my intention to pick holes. I sincerely hope the Prime Minister, even at this late hour, will find a solution,” he added.

He also hoped the government will help find practical ways to give relief to people who are suffering, since 60-65 people had already lost their lives due to the move.

Manmohan Singh said the areas and sectors that have suffered the most are small businesses, farming and cooperative banking, and made an ardent appeal to the government to take note of the grievances of the people.

He also quoted John Maynard Keynes to counter Narendra Modi’s appeal to the people to bear with him for 50 days. “Those who say demonetisation is good in long run should recall the quote: ‘In the long run we are all dead’.”