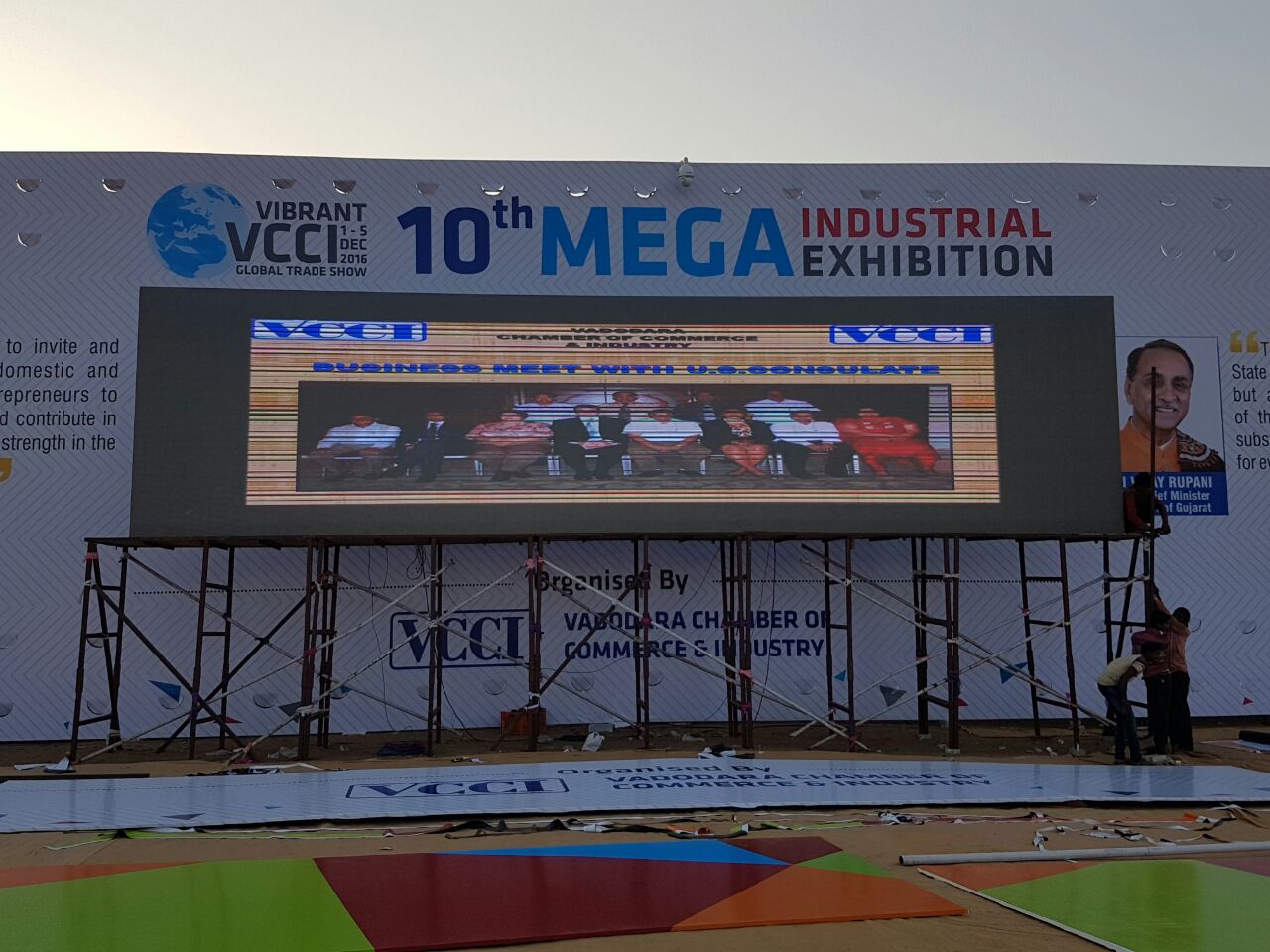 As Vadodara is gearing up for the 10th Industrial Exhibition Vibrant VCCI Global Trade Show 2016, the demonetisation is also the main focus in here. As many as eight companies back out from the show before the start and for the first time the organisers are launching a signature campaign for the people to aware about the demonetisation and cashless economy.

The VCCI Global Trade Show is starting from 1st December and will be inagurate by the Gujarat Chief Minister Vijay Rupani along with Minister of State for Micro Small and Medium Enterprises Govt. of India Haribhai Chaudhary and many dignitaries. The industrial exhibition will see participation from India as well as from different countries. The demonetisation issue is also the focus in this expo where the organisers put a 20foot LED board to spread the awareness and also will launch a signature campaign. "For the first time on demonetisation issue we will launch a signature campaign to aware the people to do cashless transactions and to educate others. We put a 20 foot LED board outside to spread the message of demonetisation during the five days of expo. The people who will sign take oath there to get aware about how to use ATM, e wallet and transaction and help others and educate them about the same. We will try to launch the signature campaign with the sign of CM Vijay Rupani," said Nilesh Shukla President Chairman Vibrant VCCI Global Trade Show.

There will also be a talk on demonetisation where around 12 banks will take part and there will be talk about demonetisation, it's impact and how to get out from it. The demonetisation also forced 7 to 8 companies to back out before the show.

"As we are putting pressure to focus on the demonetisation issue and organise various programmes and talks to improve business in this hard times and also launched the signature campaign tk aware the public coming to the expo. The seven to eight companies back out from the expo are service industries which deal in daily cash and are from outside Gujarat. But we are confident as we able to organise such an expo in this time of demonetisation," said Shukla. The expo will began on 1st December and continues till 5th with various programmes and talks line up for the five day extravaganza. 9 lakh square feet area 13 domes, 300 companies, 750 stalls and estimated five lakh visitors in five days. Programmes of Divyangs to show their talent and motivational talks of Anupam Kher and Adguru Prahlad Kakkar is the added attraction in the expo.