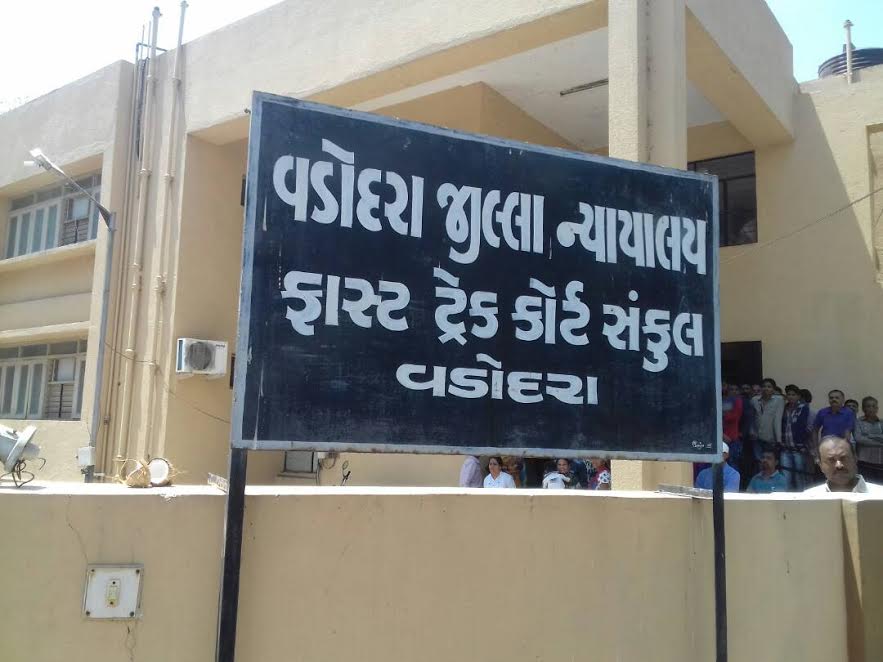 “I still remember the night of 3rd December 2013 when my dowry hungry husband snatched my two and half years old son from my hand and drowned him in the Masia pond in Manjalpur. Today the soul of my son will Rest in Peace after the court ordered life term for him,” said the crying mother Rashmi who still remember the ill-fated night.

With tears in her eyes Rashmi said that she got married to Amit Rawal on 21st May 2010 who works in a private company in Halol and living in Motinagar in Tarsali area of Vadodara city. She further said that after two years of marriage her husband started to torture her for dowry. Her husband often beat her and forced her to bring dowry from her parents. On the ill-fated night of 3rd December 2013 Amit Rawal was taking his wife and their son Smit back home from his wife’s parents house in Dandiya Bazaar. According to Rashmi her husband stopped the motorcycle near Masia pond in front of Shreyas High school in Manjalpur. He then started fighting with her accusing her about why she not bring 1.50 lakh rupees from his parents to purchase vehicle.

However Rashmi said she never asked for money from his parents again and that irked Amit and he snatched their 2 and half year old son from her hands and drowned him inside the pond. Rashmi was shocked to see her son being drowned by his own father and started shouting for help. She also tried to save her son from the clutches of her husband but failed as the infant drowned in front of her eyes and gone missing. She shouted for help and the people reached there and start searching for the baby but failed. Next day the fire brigade found the body of the boy from the pond.

However Amit Rawal denied of drowning his son and instead said that his bike slipped and get inside the lake and his son drowned. But the police investigate the matter deeply and found that Amit Rawal himself drowned his son and arrested him. The case is running in the fast track court and on Saturday the court ordered life term for Amit Rawal for killing his son. The court also ordered 30,000 fine on him. After the judgememt Rashmi said that her son is not with her now but she is happy with the judgement as the law gives her justice. The soul of her son will Rest in Peace now. She said such demon should be hanged but she is happy with the life term awarded to him.

From the complainant side Kapil Joshi argued the case and from the accused side Hitesh Gupta defended his client. However the court accepted the arguments of the government lawyer and ordered life term for the accused.