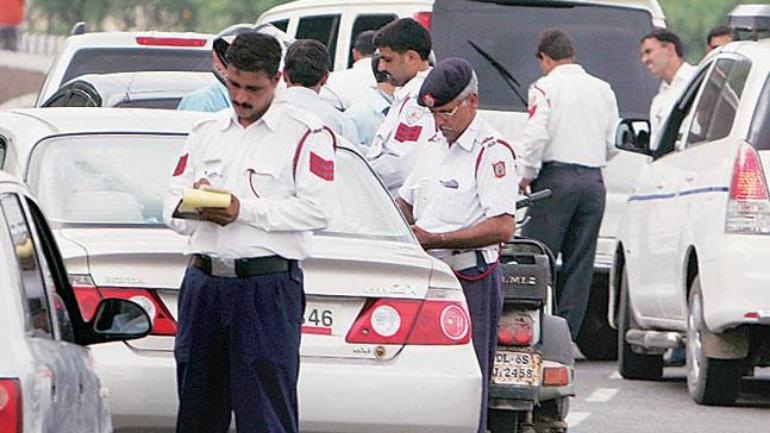 There have been many reports of traffic police fining rule breakers with hefty amounts as much as Rs 40,000 and 1 lakh, it is for the first time someone has threatened to commit suicide for being challaned.

Such melodramatic incident took place  during the peak traffic hours at Delhi’s Kashmiri Gate on Saturday when traffic officials stopped a woman riding a scooter to office.

According to the traffic police personnel, she was talking on the phone while driving her two-wheeler. The number plate on her scooter was broken and she was also not wearing her helmet properly.When the officials stopped her, she started creating a scene and shouting at the cops.

At first the woman requested the officers to not challan her but they were talking action on the basis of new rules and regulations . Then she started crying and said that she was feeling unwell.

According to the police, while arguing with them, she threw her helmet on the road and created a scene. She dialed up her mother complaining about the challan. Still refusing to accept the challan, the woman then threatened to hang herself and asked what would the officers do if she kills herself.

This continued for more than 20 minutes on the busy road and passersby started gathering around to watch the heated exchange.It goes on for several minutes, the officers finally let her go without issuing a challan.