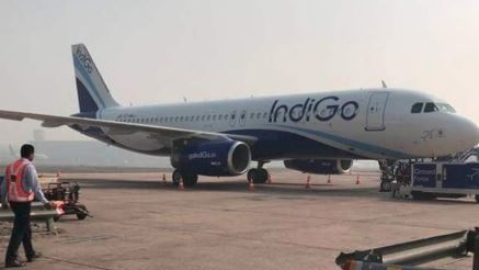 A Delhi-bound IndiGo flight with 180 passengers on board on Sunday forcibly turned around and made an emergency landing at Goa airport within 15 minutes of take-off after a technical malfunction was detected in the aircraft’s engine.

According to reports, the Delhi-Goa flight (6E-336) that was carrying Goa Environment Minister Nilesh Cabral along with a team of officers among the passengers caught fire in its left engine.

The engine fire caused panic among the passengers and everybody started screaming, However, the pilot handled the situation and flew the aircraft back on one engine, ensuring everyone’s safety.

No injuries have been reported so far as the passengers were safely deboarded and given a later flight. The official staff of IndiGo is yet to comment on the occurrence.