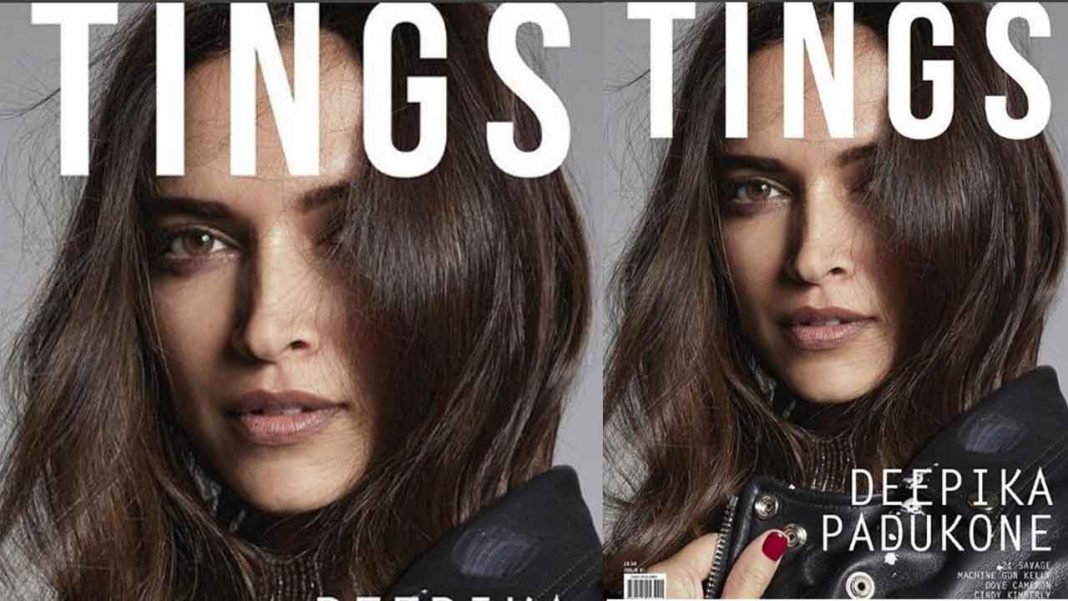 After emerging as the only Indian actress to feature on TIME’s 100 influential people in the world, Bollywood’s leading lady has now graced the cover of TINGS London.

Within a very short span of time Deepika Padukone has carved a place for herself as one of the most talented celebrities not just in India but also globally. The testimony of her global imprints is not just the recent TIME’s list, but also the TINGS London cover.

Termed as the Queen of 100 crores club, Deepika Padukone holds the most number of 7 100 crores films, while her recent outing Padmavat clocking 300 crores at the box office. With this Deepika was titled the first actress to have entered the 300 crore club with a woman led film.

Deepika commands the title of being of being the most commercially viable actress in the industry, in addition to being the highest paid actress.

The Superstar who has an incredible fan base not only in India but also the world is the most followed Asian woman on Twitter. With being proven as the most number of genuine followers on social media, Deepika Padukone is the reigning queen of Bollywood currently.

Deepika Padukone has also brought about a social change as she became the first actress to publicly address the condition of mental illness and her suffering from depression. The actress currently has been working towards creating awareness and supporting mental illness with her NGO, The Live Love Laugh Foundation (TLLF).

The actress also enjoys a huge fan following, a testimony of which is seen on her social media platforms with a follower base of more than 75 million.