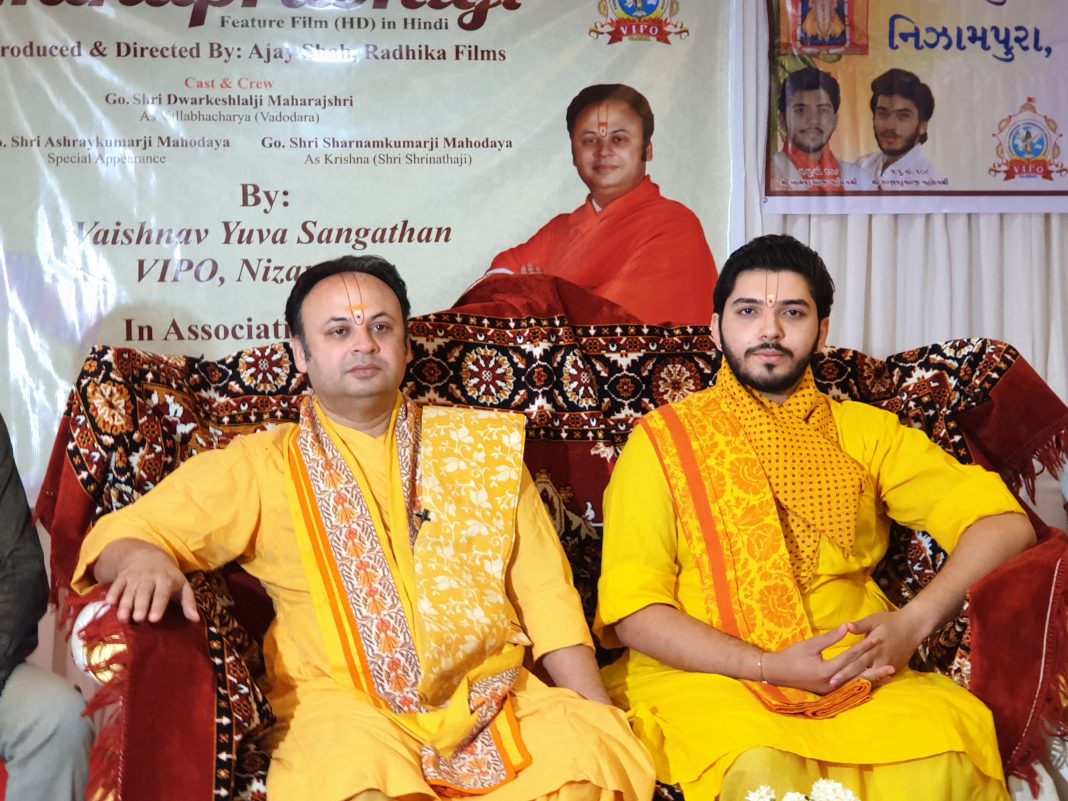 Debut film of religious leader Dwarkeshlalji Maharaj ‘Jagadguru Shri Vallabhachary Mahaprabhuji’ is all about the teachings of Shri Mahaprabhuji when he travelled the globe to preach Vaishnav Dharma to people. The film is first of its kind not releasing in theatres and instead shown to the people in town halls to reach maximum to people with the teachings.

India is a country of rich culture and heritage and to inculcate the same feeling in the youths of today is a challenging task. The only way to reach them is through feature film and this one fulfill the same to pass on the rich culture to the future generations.

“This is a periodical, historical and purely a character centric film aims to spread the teachings of Mahaprabhuji. He travelled the globe to preach Vaishnav Dharma to people and during the Parikrama did noble things for them to improve their lives. He faced problems from other religion but made his way through to establish the dharma. The film is just like one listening to a satsang in a religious function,” said Dwarkeshlalji Maharaj.

He said earlier in initial stages he denied to perform the role but later somehow decided to go ahead with the role. “The film stuck for years but later I decide to go ahead with the project as project might stop. The role is a challenging one as for more than half a day I had to put up the makeup which I am not used to. The experience is a good one as we comes up with the first part and dubbing of the second is underway. The film is in hindi and will soon release in English with subtitles,” said Dwarkeshlalji Maharaj.