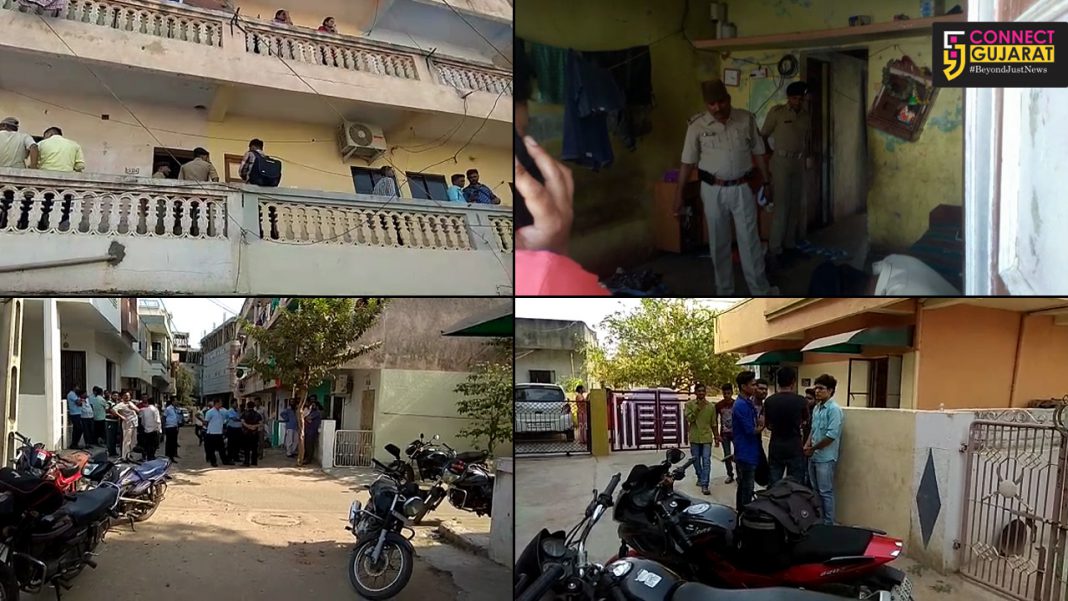 It’s a spine chilling moment for the local people of Ambika Darshan in Vadodara after they came to know about the dead body of a youth found from their locality. After the message the police reached the spot get custody of the body and send it for post-mortem.

As per the details the deceased Sunil Goswami 40 was residing in the first floor of Ambika Darshan society and was living alone there. Someone informed the Bapod police about the body and the team reached the spot to take custody of the body and start investigating about the exact cause of death.

As per the locals Sunil Goswami was working in Apollo tyres company situated in Waghodia and living alone in the house. His wife is residing at other place along with the children. The people also said that he also has the habit of consuming liquor.

Bapod police reached the spot after the message and take the help of FSL to know the exact reason of his death. However the police send the body for post-mortem to know the exact cause of the death. Police registered the case of accidental death as of now and started investigating.