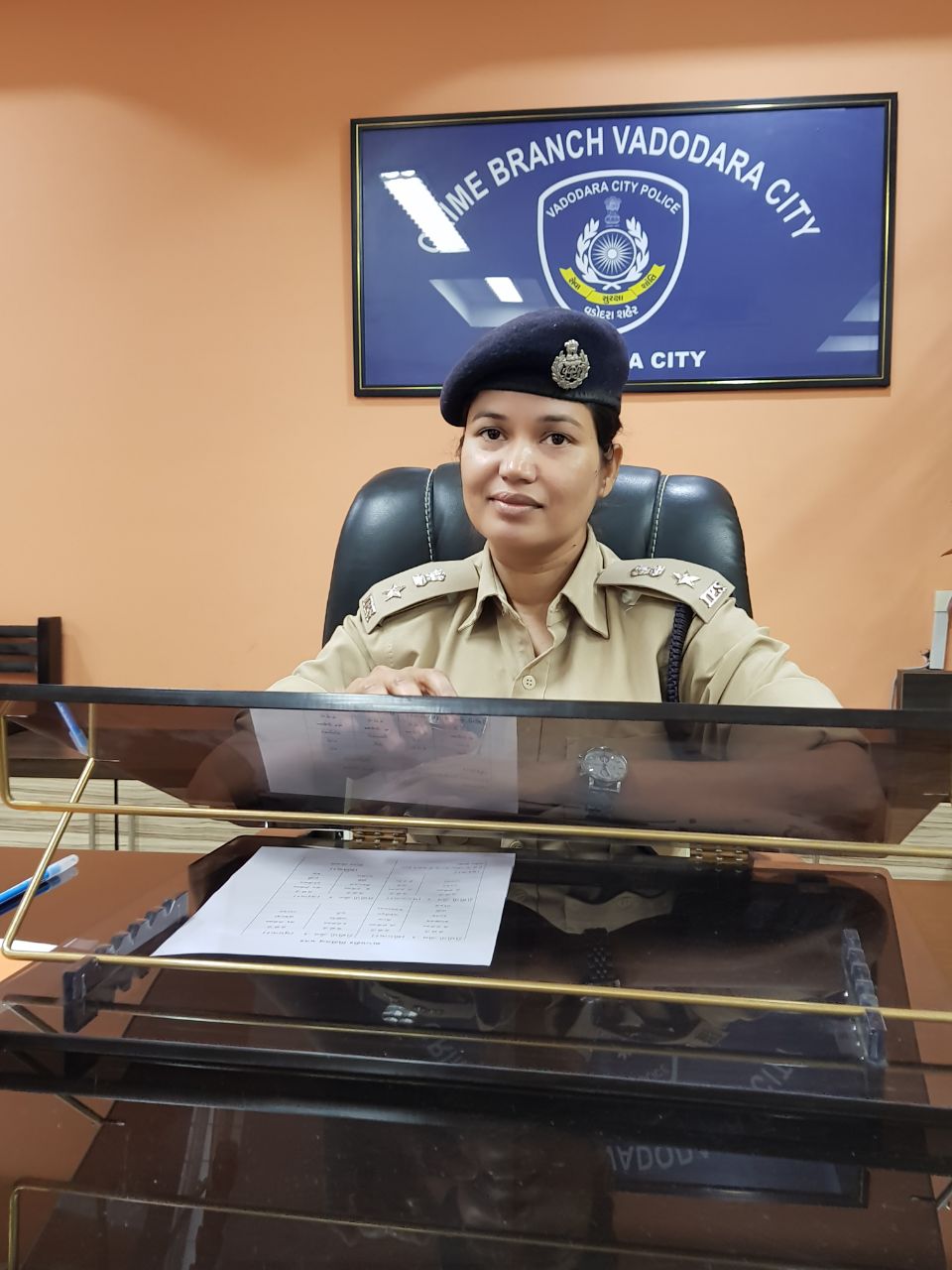 International Women’s Day is to salute the ladies who changed the destiny with their grit and determination. They struggled their way to reach the position from where they can help others to dignify their lives.

This is the story of Gujarat cadre IPS officer Saroj Kumari presently serving in Vadodara DCP Crime and Zone 4. She is the perfect example of struggle and success which gives us the lesson that there is no short cuts in life and one can have to earn it. A marathon runner, mountaineer, extraordinary performer in outdoor activities this IPS officer is a true inspiration for the girls who wants to achieve something in life but somehow stop due to various reasons.

Born in a small village called Budania in Rajasthan Saroj Kumari struggled her way to reach where she stands now. The road to success is not easy as the responsibility towards the family to help her parents is important than the studies. It was the determination that kept her continue the studies along with the hard work inside the farm and daily chores in the house.

Father Banwarilal retired as Havaldaar from Army but the meagre pension is not enough to support the family of five. Saroj Kumari face struggle from the very start when she was in school. Every day she use to do daily chores and then reached the school to continue chasing her dreams. After the school she reached home and then helped her father in the farm and mother in kitchen. This is the daily routine of her which was more important than studies as the economic condition of the family is not good.

Saroj Kumari faced challenges everywhere as like there is no ending to it. She studied till 8th standard in her village school and then got admission in Alipur for further studies. Every day she walked 5kms to reach school and then return back which makes it 10kms every day. Then she engages herself in house chores as usual to help her parents. In spite of such hectic schedule she never get carried away from pursuing her dreams and topped her 12th exams. With support of her parents she got admission in Maharani College in Jaipur and done Bachelors in Arts.  She then topped in M.Phil exams in Social Science department from Rajasthan University after got first class in M.A.

With such struggled life Saroj Kumari appeared in civil service exams and cleared the IPS much to the delight of herself and the family. Before joining this service have been served as assistant professor in government college Sardarshar Rajasthan.

As her training starts at National Police Academy she struggled there to match the other colleagues as she came from a small village of Rajasthan and studying all throughout in Hindi. However her never give up approach took her to learn English and performed extremely well in outdoor activities like Mountain climbing, driving, swimming, jungle challenge and others.

During that time she gain interest in running and later turn to marathons. She ran many half marathons and finished it in record time. In the recently held Vadodara International Marathon she ran during her periods and completes the race in time. She received laurels for the feat and social media was flooded with messages appreciated her effort.

In 2013 to 2015 she developed interest in mountaineering and did basic mountaineering course from Himalayan Mountaineering Institute Darjeeling. Climbed many peaks and in 2015 chose for first all India Service Everest Expedition by Indian mountaineering Foundation Delhi and became first IPS lady officer to achieve the feat. Flagged off by Prime minister of India Narendra Modi with clean india mission they stuck up after earthquake hit them during climbing. Many of the climbers died in avalanche but luckily 5 members of the group including Saroj Kumari survived received injuries.  All expeditions that year was called off by Nepal government because of frequent aftershocks. But she still has the same courage and wish to complete the mission Everest soon.

While posted in Botad area of Gujarat as SP she works for the rehabilitation of sex workers to change her lives. The project is well appreciated and set an example for others. She believes in social policing as what she has been went through during her childhood makes her sensitive and wants to implement the same along with humanity in job and responsibilities. This Women’s Day salute to the dynamic IPS officer Saroj Kumari who becomes an inspiration for other women. Presently she is posted in Vadodara as DCP Crime.

Saroj kumari 2011 batch IPS officer is from Gujarat cadre.  Her first posting was as trainee SDPO Surat rural and then she promoted as SP January 2016 and got posted as SP Botad till Oct 2017. She then got transfer as Deputy Police Commissioner zone 4 and also heading crime branch Vadodara. She is a good writer and have been writing many articles on social issues  since 2008. ETV awarded her as change leader of the Gujarat in 2016 on women’s day and she also featured in “Sneh se Shakti tak” programme. She also took part in Rising Rajasthan 2017 as guest speaker.