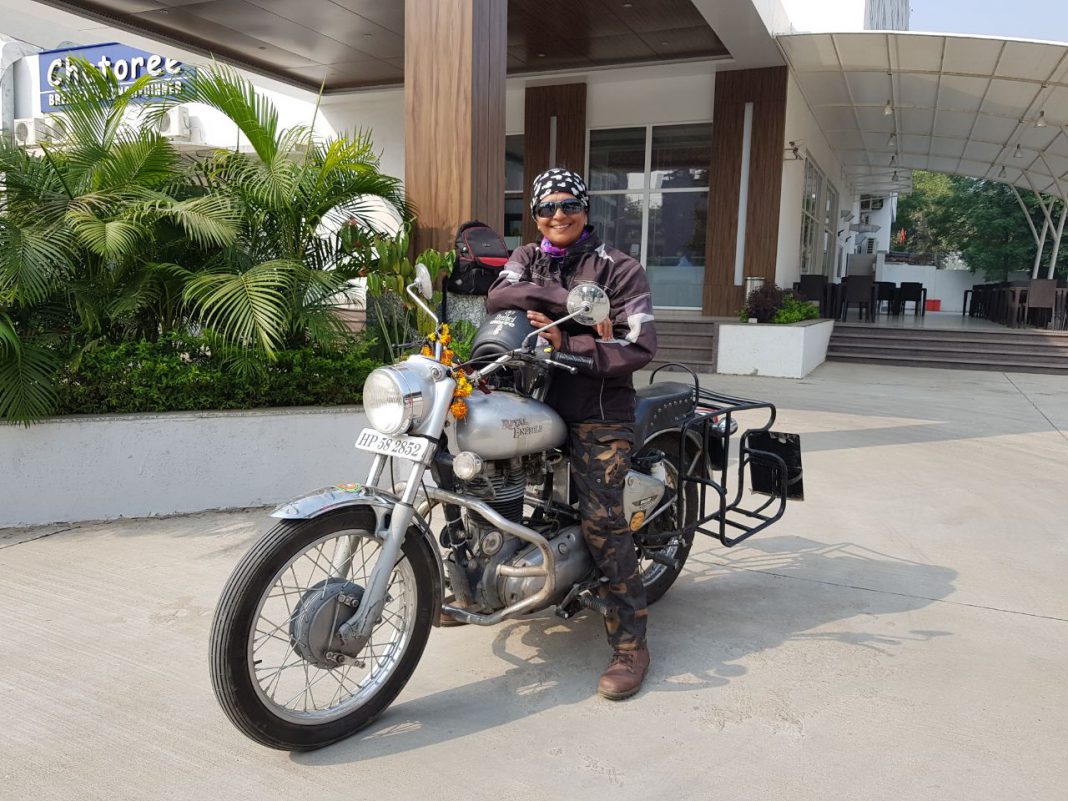 A country known for it’s cultural diversity is still not getting out of the discrimination towards their children. Girls are still not finding the same equality like boys in the society and that sometimes show the mindset of people in our society. 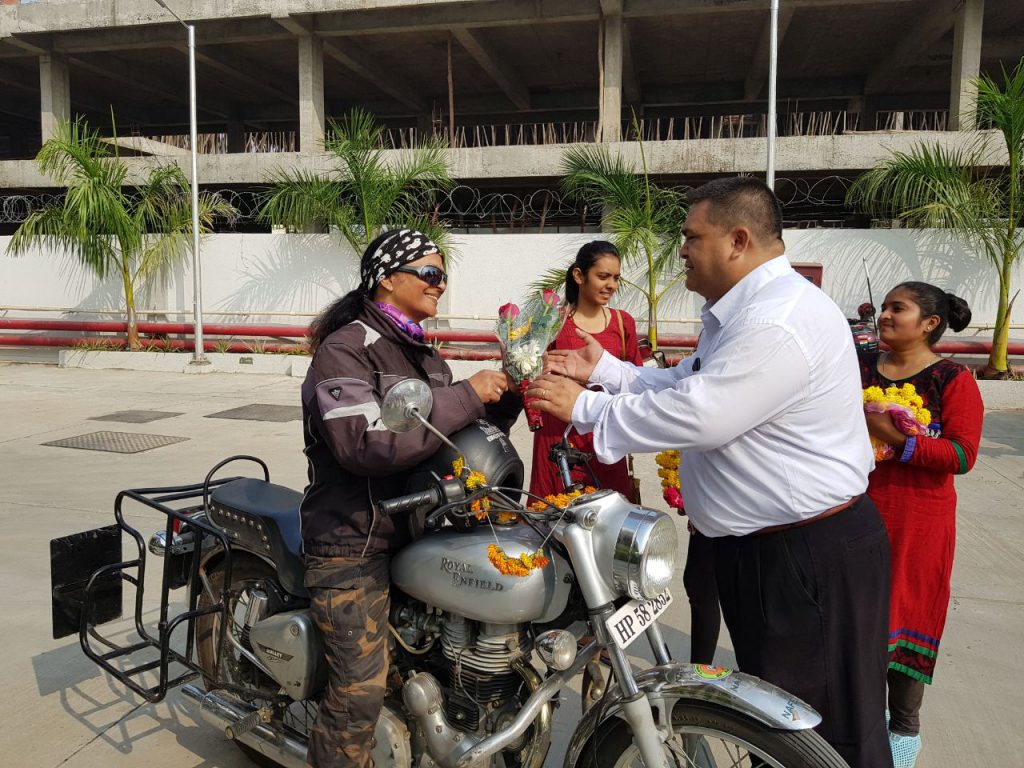 She was welcomed by Faith foundation specially the girls garlanded her and appreciate her mission. Moksha Jetley is also overwhelmed by the gesture and thanked them by adressing them her daughters.

“The message is loud and clear that ‘Daughters are Prescious’ and they are equally important like the boys. My daughter is my pride and she is the one who plans this expedition and I am just completing it. The purpose of this expedition is to spread the message across the society that we should not discriminate between our children. Daughters are equally important,” said Moksha Jetley. 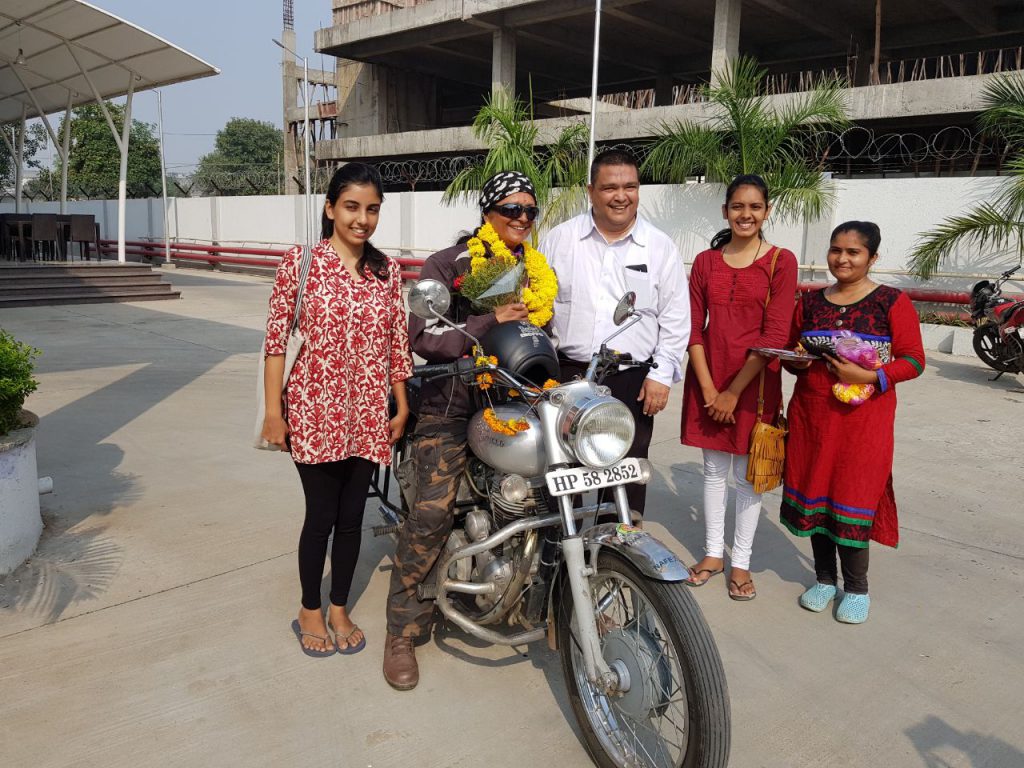 Moksha originally from Hoshiyarpur and now living in Manali is a motorbike adventure tours operator exclusively for the foreigners. She is the first women in this business. Secondly she has her name registered in the Limca book of records for first woman to complete the distance between Leh to Manali in 20hr 20miniutes on her bullet in 2014. Now she is on her first longest expedition spreading the awareness about love your daughters.

“I am on an expedition from Kashmir to Kanyakumari started on 2nd October on my daughter Prachi Jetley’s Birthday with a message that Daughters are precious. So far I have traveled from Leh to Baroda in seven days covering a distance of more than 2000km. During my expedition I am meeting a lot of students groups and villagers too and I am honored and humble at the response I get everywhere. It is a solo ride and I reach last day that is on 18th October in Kanyakumari. That’s my birthday and I will be completing 55 years of age. I also want to give this message that age is just a number. It is never too late to live passionately. We have just one life. So keep learning and growing,” said Jetley. 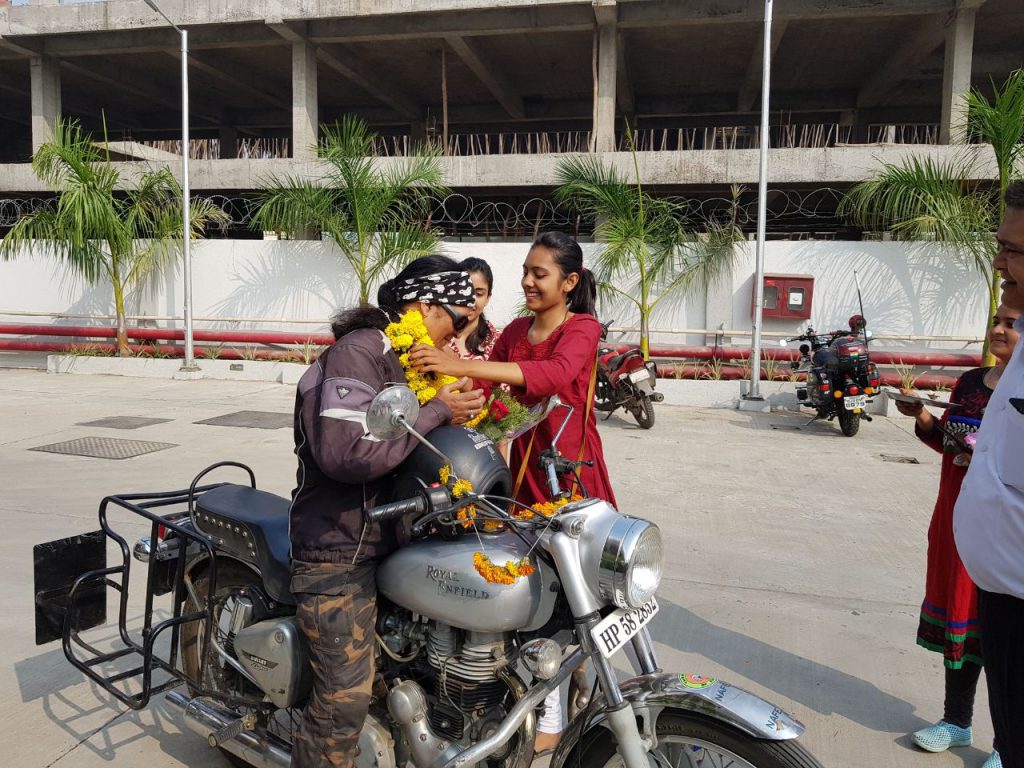 From Vadodara she resumes her journey to Thane, Pune, Kolhapur, Goa, Udupi, Thrissur where she will be received by Hykon India group and also has a talk show there. Then she again starts and reach Kanyakumari by 18th October on her birthday covering more then 4000 kms. Everyday she ride 10 to 12 hours continuously and try to reach her next destination before sunset. She is full of energy and spread the same enthusiasm wherever she go.